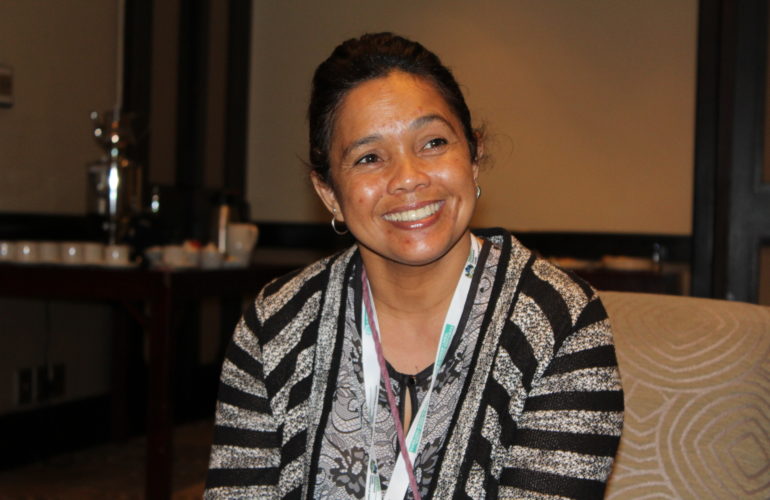 Juanita has been with the department for 26 years, of which 13 years has been focused primarily on health programs.

Juanita explained her journey with HPCA, dating back a good 11 years ago, when she met the present CEO, Dr. Liz Gwyther, in 2004. Basically put, the relationship between the Western Cape Government (Health) & HPCA has been around helping to put systems and standards in place in the ‘funded’ palliative care organisations of that time. That relationship then evolved over the years to become more involved with not just member/funded hospices but also non-funded non-member hospice organisations.

Juanita explained that the expertise that HPCA had in the field of hospice and palliative care was key in developing the relationship into a meaningful one. The Western Cape Health Department was able to lean on HPCA for assistance in terms of technical assistance, standardising of tools and getting expert advice on many other factors around hospice and palliative care.

Through this partnership with HPCA, Juanita explains, that the Western Cape Government was able to take on similar NGOs to HPCA and refer them to HPCA for assistance and guidance. By doing this, major growth was made in this sector and more importantly, quality became much more visible in terms of the organisations and the services they provided.

This was the first HPCA conference that Juanita attended and she spoke about three main things that stood out for her at the conference:

1.The hospices based in communities that support them tremendously have great resources, and from that are able to provide quality palliative care to that community.

2.The second was the interesting tracks, especially the ones that gave information on the aspect that the true cost implications for various hospices are nowhere near what we think they are and what we actually ‘fund’.

3.Thirdly, was the deeper understanding she managed to aquire about the actual ‘home based sector’ of palliative care and how effective it is at hospices and the major impact it is making in hospices such as Helderberg hospice.

Juanita went on to explain that it has been very encouraging to see and hear the great work that hospices are doing and also understanding the key roles that people in hospices are playing.

In three words, to sum it up, she stated that the conference has been intriguing, absorbing and refreshing. She looks forward to future HPCA Conferences and salutes the hard work that was put into this year’s one.