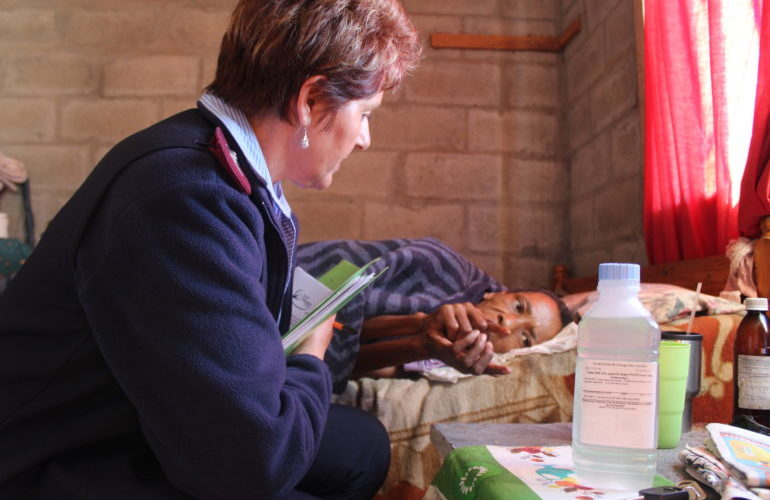 Hospices are associated with dying, but many simply help people to cope with the pain they are experiencing rather than preparing them to die.

“When my daughter suggested I go into hospice I thought she was trying to post me off for good,” 66-year-old Stephen Hogan says with a chuckle.

Sitting upright in a bed at the Wits Hospice in Johannesburg, Hogan says he was diagnosed with prostate cancer two years ago: “I had an op but the cancer had already got out of the prostate and into the bones.”

He pauses and inhales wheezily before continuing: “They wanted to give me chemo and all that but I refused. Didn’t want that. I saw that done to my son you know,” he says, averting his grey-blue eyes.

Hogan watched his son suffer through the taxing chemotherapy, which did not save his life. The way in which he watched his son die, wasting away, traumatised him to the point where he made a decision that that was not the way he would he would deal with his own cancer, even with the chance that the therapy could save or prolong his life.