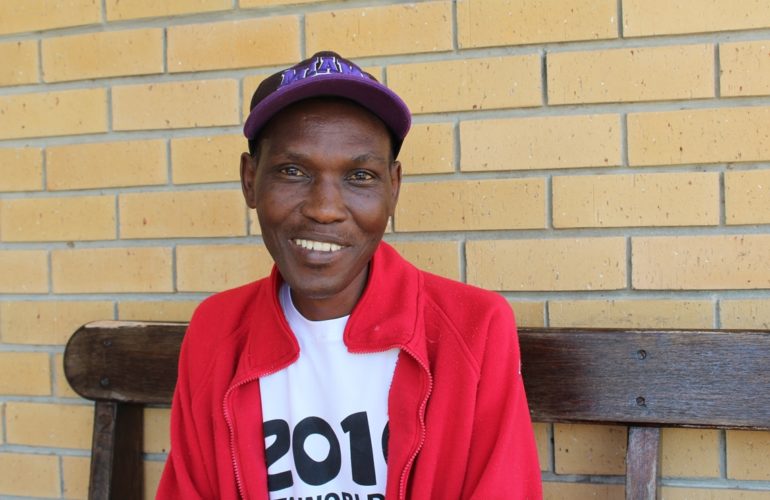 Thembi was diagnosed with stomach cancer. After suffering for months with indigestion and not being able to swallow his food properly and constantly vomiting, he sought professional help and was referred to Living Hope hospice in Noordhoek.

When he was admitted, Thembi weighed only 19.5kg and at times was afraid to look into the mirror because he felt he resembled a walking skeleton. He received treatment and doctors inserted a pipe into his stomach to help him with digestion.

Everything was a great success and over a period of 6 months he became much stronger, fitter and healthier, managing to pick up 25 kg in this time period. Thembi is very grateful for the work that Living Hope has done to help him to recover his health, in fact he had only good things to say about the hospice and about hospice in general, stating that it literally saved his life.

Thembi stated that he will always be grateful to Living Hope for how they have transformed his life and that he wishes that more people would become aware of hospice and the amazing work that they do.

To find out more about Living Hope, visit www.livinghope.co.za