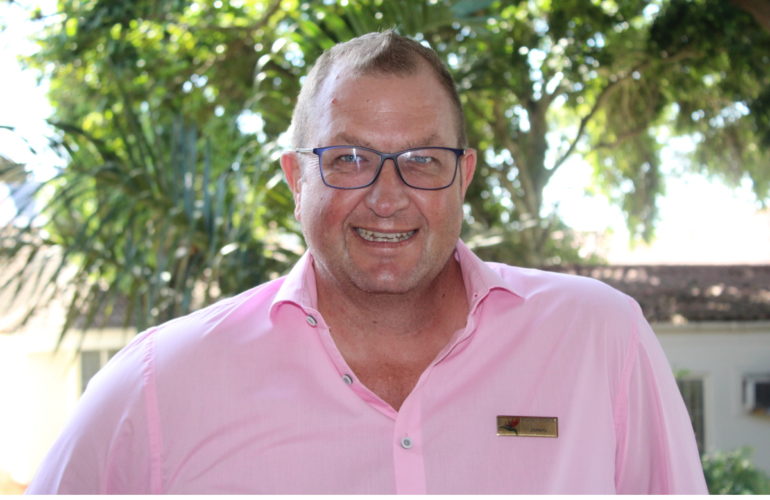 Highway Hospice covers just over 2000 square kilometers in the greater Durban area – up to Ballito in the north, down to Amanzimtoti in the south and then west to Hillcrest – and this is where the hospice send their registered nurses and social workers out to care for those in need.  Highway Hospice care for both the patient and their families – and they do this with no expectation of payment.

We had a chat with John’o Olds the HOD for Fundraising of Highway Hospice and got some insight into his life before hospice and how working for hospice has been for him.

Where did life find John’o before you started with Highway Hospice?

Well, I was in the corporate game for a long number of years, mostly specializing in the motor industry. I was a departmental manager, general manager and eventually a regional manager. Between the years 2005-2007 I then decided to do my own thing where I ran a consultancy business as well as a photographic agency where I would go around the country taking photos of all sorts.

What lead you to hospice and specifically Highway Hospice?

After a while my consultancy and photographic business became rather slow so I ended up going back into the motor trade industry which I knew best, however on return I did not feel motivated and challenged anymore. The final straw came when I had to move branches again and I really was not keen, so I took a day’s leave and spent it at the beach reminiscing on what I actually want do to with my life, what will challenge me and make truly happy.

From that day I realized I want to make a difference in people’s lives. I wanted to change the world instead of changing the pockets of some shareholders. Literally, that day, I decided to pursue that mind set and one week later an ad popped up in the paper for the position of HOD for Fundraising at Highway Hospice and I then realized this is what I want to do and this is where I want to be!

How confident were you of landing the job?

Extremely! I recall coming to the interview and basically telling the board that I will be the best HOD for Fundraising you could employ.

How has your experiences been so far working at Highway Hospice?

It has really been fantastic! I have really enjoyed the job because through all those different previous jobs that I had in the corporate world, I built up a wide range of skills, in different departments which I have been able to use to my advantage in my current job at Highway Hospice.

What has been the biggest eye opener for you through working with Highway Hospice?

For me the biggest eye opener has been the extent to which the nurses serve the community, and what I mean by that is the effort they put into making sure each and every patient they serve gets 110% commitment from then, even if that means taking a 5 km/10 km walk to the patients home because there are no roads to guide the carers there, they do it. Working for Highway has been a real humbling experience.