Recording memories for the future 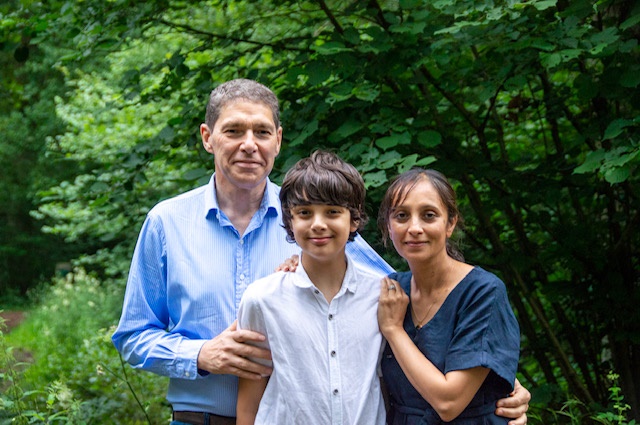 A new app launching later this year will allow people approaching the end of life to post messages and videos for their family and friends to view after they’ve died. We spoke to the app’s founder Darren Evans to find out more.

Last year Darren and his family were caring for his mother-in-law, who had an aggressive form of Lewys Body Dementia. Sadly, while they were away for a two-week respite break she suddenly died, without giving the family a chance to say goodbye. “It really affected us” he says. “Afterwards we realised that we had memories and photos, but there was nothing left by her specifically for us to remember her by.”

It was his 11-year-old son who suggested to Darren – who works in technology – to develop something that would enable people approaching the end of life to future post, in other words to create posts that can be accessed by others after they’ve died. The idea for After Cloud was born.

“Everyone I spoke to said it was a fantastic idea to give people the opportunity to posthumously post. But through discussions with people it also became obvious that there was nothing available to individuals in receipt of palliative care that put them in control, allowing them to capture thoughts and memories and share information with family within a secure closed group environment.”

“We’d like to reach people at an earlier stage, for instance if we can capture people with early onset dementia before they start to lose their memory that would be ideal” Darren explains.

My After Cloud will allow people to store letters, images, video, create links, record their voice and capture their thoughts as a daily audio-log if they wish. “Hopefully people will want to share their memories and their thoughts. It’s great having factual documents like birth and death certificates, but within an app you can capture things that really resonate, like did you know that uncle David did this? Or did you know that when I was 15 I did that?”

“I think people want their loved ones to know that they were cared for and loved, but it’s information that over time gets lost.”

The app will enter its beta testing phase in September. For more information visit After Cloud