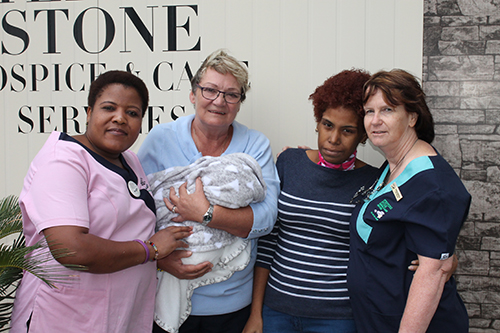 The 27-year old Irineia was admitted to Stepping Stone’s IPU shortly before Christmas after a referral from Dr Sylvia Rodrigues, well-known Alberton oncologist and active member of the Stepping Stone care team.

“Irineia expressed a wish that she wants to return to her family, her husband and two other children in Angola. When news broke this week of her grandmother’s sudden passing, doctors gave both Irineia and her baby the green light to return home,” explains hospice’s CEO, Tersia Burger.

Though Irineia is desperately ill from an aggressive form of cancer, her need to be with her own family has led to her decision to be taken home.

“We will stay in contact with the family and if ever needs be, we will assist for Irineia to come back to us,” a tearful Tersia said.