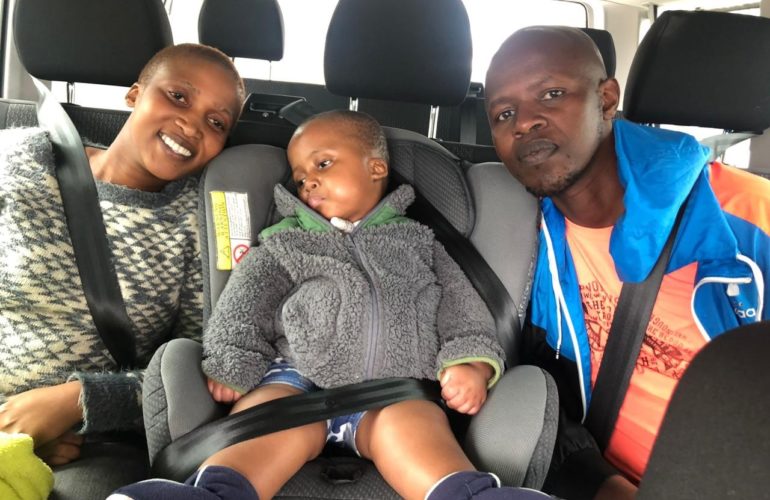 The Footprints 4 Sam Super Sam Hero vehicle initiative was launched in June 2018 with the commissioning of a mini bus to provide transport for sick and disabled children and family members to and from doctor and hospital appointments from areas within the greater Cape Town district of South Africa.

Since then over 400 children have been transported to and from their homes to the Red Cross War Memorial Children’s Hospital and to the Paedspal children’s palliative care programme based in the city.

Due to the clear and desperate need for this important service, a second vehicle was launched in February 2019 by the Footprints 4 Sam trust to further increase their reach and overall impact.

“While Cape Town boasts a number of very good academic hospitals, the challenge of getting children to their follow up appointments and clinics is a major concern for poorer families, especially given the special needs of sick and disabled children, many of whom are in buggies, have stomas, tracheostomies, etc.”

The vehicles are not taxis or ambulances but are special chauffeur services for children that are clinically stable, offering them hope and dignity as they face the daily rollercoaster of living with a chronic illness.

The vehicles are also available to transport families to visit their sick children in hospital and to transport them home when they have lost a child.  Melissa, who has experienced the devastation that accompanies the death of a child herself, adds, “We would also like to assist bereaved parents in reaching their homes without having to face the indignity of a crammed taxi ride after their lives have literally fallen apart.”

She adds, “The core motivation behind this project is that no child should be ill alone or die alone or struggle to attend their critical rehabilitation and follow up treatments.”

The current vehicles are sponsored by two primary donors, these being Hertz and Firefly Car Rental and The Efficient Group with insurance sponsored by GIB.

Fred and Melissa Platt founded Footprints 4 Sam after the death of their only son, Samuel John Frederick Platt, on 22 July 2016. Sam, diagnosed with Central Core Disease, died aged 15,5 months as the result of sepsis. He had spent his entire short life in hospitals and endured countless medical interventions. Through the Footprints 4 Sam trust, Melissa and Fred are committed to leave ‘a trail of footprints touching hearts and lives, bringing change and hope wherever they go.’  You can hear a first hand account of Fred, Melissa and Sam’s journey by watching this episode of Kwela, an Afrikaans TV programme. (The interview is mostly in Afrikaans but the visuals are self explanatory.)

The Super Sam Hero Vehicle initiative is one of the six initiatives of the trust.

Fred has also written their story in his book ‘Lessons from a Rainbow Unicorn’ available to purchase from the Footprints 4 Sam website and from Amazon.

Find out more about this and other initiatives of Footprints 4 Sam by visiting their website at www.footprints4sam.org