In The Media South Africans Denied Dignity in Death - ehospice 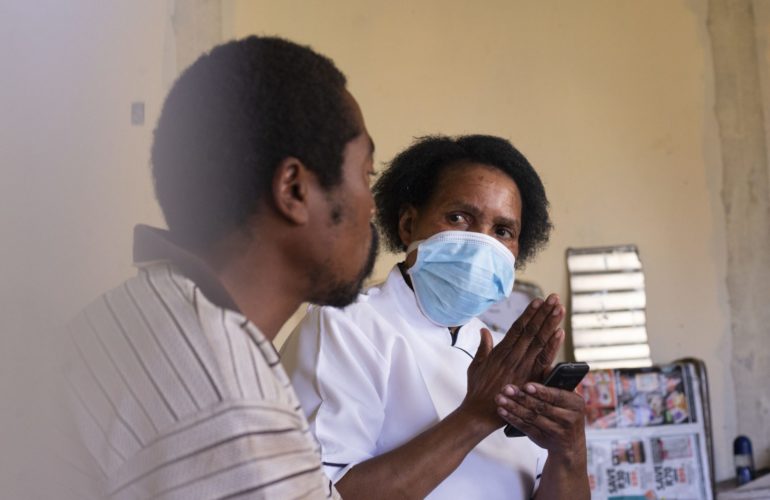 Siyabonga Sibiya, 41, is alone and stricken by an awful, unrelenting pain. His groin feels permanently on fire.

He lies in bed all day, dejected and alone. When he gets up it is to mop the sweat that seems to pour endlessly from his brow. Ten years ago, he had a girlfriend and a job as a security guard. Now he lives in abject poverty, without family or friends.

The only support he gets is from a friendly neighbour who braves the ridicule of the community to visit and occasionally bring him food, or to lure him out of his home in Inanda, north of Durban. Sibiya’s only other visitor is Sizakele Mlambo, a palliative care worker from the Highway Hospice, a Durban charity whose staff visit more than 600 terminally and chronically ill people around the city every week.

“This thing,” Sibiya says, looking down at his crotch, “just got worse and worse.”

A rank odour permeates his room. He lives on painkillers and food gifted by his neighbour or the hospice. “I feel really bad, especially when people say I smell.”

The neighbourhood children, unfiltered in their response to the sickly man, say it like it is: he stinks.

He knows they don’t understand, but their words crush him all the same. “I stay in my room, nobody interferes with me here. It is better to be alone than hearing people say this. It makes me feel so bad. Sometimes the aunty invites me to watch TV. She tells me not to lock myself in my room because it will make me think of bad things. I have tried to commit suicide three times. The last time I drank alcohol and then paraffin and took all my ARVs [antiretrovirals]. I wanted to die. I just wanted to get rid of this. The doctors say it is impossible to fix. It is painful and it smells disgusting. Hospice is keeping me alive.”

To read more go to https://www.newframe.com/people-denied-dignity-in-death/