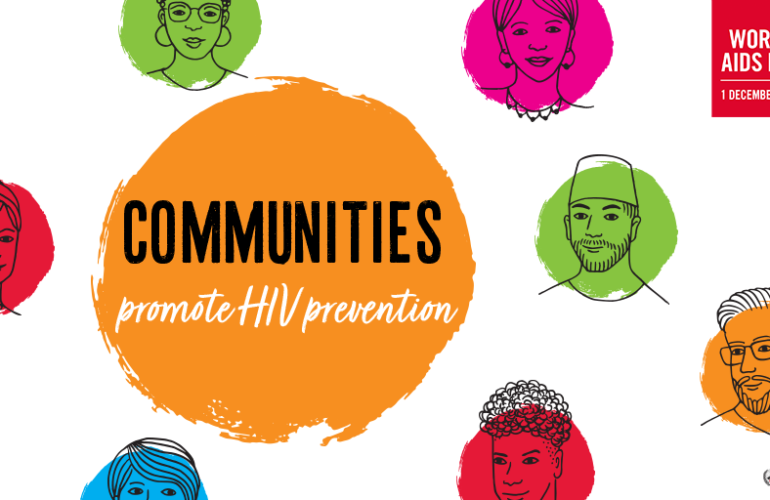 I believe in communities.Communities make change happen. Communities are the best hope for ending AIDS because communities have fought against HIV right from the beginning!

As the epidemic raged through our countries, cities, villages, women held communities together and bore the higher burden of care for their families. For far too long we have taken their volunteerism for granted.

In the face of adversity, communities of gay men, sex workers and people who use drugs have organized themselves to claim their right to health as equal citizens. So, we know that communities have proved their worth. There is no debate there.

Twenty-five years ago, a Burundi woman called Jeanne was the first person to disclose that she was living with HIV. Today, Jeanne is holding leaders accountable and fighting for the right to health care.

Pioneers like Jeanne have been joined by younger leaders, like 20-year-old Yana, who was born with HIV in Ukraine. Yana founded Teenergizer, a group bringing together young people across eastern Europe. In a world where power resides with old men, she wants her peers to have a voice and a choice.

Consider Fiacre. He lives in Central African Republic, displaced by conflict along with thousands of others. Fiacre cycles to a clinic, crossing barriers and checkpoints to collect antiretroviral medicines for him and members of a group he belongs to. Without this support, each person would have to make the dangerous journey on their own. Simply amazing.

As you can see, communities make the difference all over the world, However, the way communities are being taken for granted has to change.

On World AIDS Day, UNAIDS salutes the achievements of activists and communities in the struggle against HIV. We remember and we honour all those whom we have lost along the way. Activists challenged the silence and brought life-saving services to their communities. But the countless contributions by women and many others can never replace the responsibility of governments.

Let me remind you, governments committed to at least 30% of HIV services being community-led.

They also agreed that 6% of all HIV funding go to community mobilization, promoting human rights and changing harmful laws that act as barriers to ending AIDS.

So, we call on governments to open a space so that activists can do the work they do best.

With communities in the lead and governments living up to their promises, we will end AIDS.

This article was originally published on www.unaids.org