CarePeople & Places Allowing yourself to grieve after being diagnosed - ehospice

Allowing yourself to grieve after being diagnosed 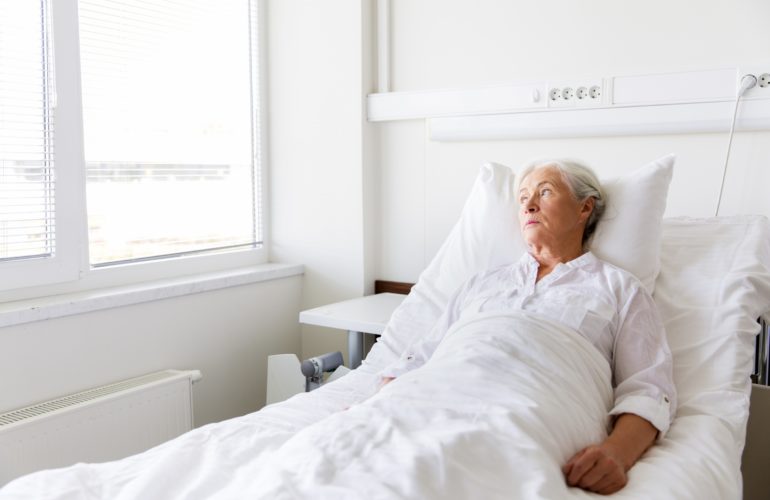 Hannah is a guest blogger for St Mary’s Hospice in Cumbria. A writer and poet, she is hoping to break down misconceptions surrounding hospice care, and encourage those who are seriously ill to try hospice services – because they aren’t just for those at the end of their lives.

For the past year I have been grieving for myself. My continued decline in health is still a shock, and I develop more complications over time. I have been looking into the gaping abyss of grief. This grief is made up of numerous smaller losses – of independence, dignity, simplicity, a painless existence and hope. It is a strange feeling. There is no place, no memorial to go to while grieving the self. No one can understand the weight and darkness of grief when you are the only one consumed by it, because you are the one that is experiencing the first hand effects of illness.

All of these feelings are not helped by the taboo surrounding death and dying. It is a regular occurrence that those who morn themselves aren’t allowed to discuss their wishes, hopes and fears with family due to heightened fear around these conversations. Having talked to others I think that this is because by discussing death it is like accepting or allowing it to happen – rather than death being seen as something inevitable, whether you plan for it or not.

This can lead to people having miscommunications around how they want to die, or families make decisions that their loved ones wouldn’t want if they’d had a discussion beforehand. For the sick, the lack of communication allowed means that we are left to fear alone, in our own minds.

I have been through the seven stages of grief regarding my illness. It started with shock. I remember coming out of the appointment in which I was diagnosed, happy and relieved that I finally had an answer – but the next day I felt absolutely shocked, unable to say much. The appointment felt like something I had watched on TV, and not experienced first-hand. I felt like it was all happening to someone else.

Later, I moved on to denial. In this phase I returned to school to complete my A levels. It was what all my friends had done whilst I was spending six months in hospital, so I felt that is what I should be doing too. It was not a good move from a health point of view. I became extremely ill and crashed out of education having gained one A level.

Then I moved on to anger. I wrote in my diary every day for a year, questioning why it was me who was having to suffer. It took me a long time to accept that situations like mine can and do happen all over the world – and many people do not have access to excellent healthcare and die much younger than I will.

I’ve also been through the bargaining stage of grief. The feeling that there must to be a way to get out of this cycle of pain and suffering – that doctors had missed something. I even prayed daily to a God which I don’t believe in. Next, I have experienced a long stage of depression. It is normal to compare your previous life and your current one. It is okay to languish in that for a while – but when it affects the quality of your life you must seek help.

The next stage, testing, is the stage of trying to find realistic solutions to feelings of desperation. This meant trying to manage my ill health now, while enjoying some of the pleasures of my previous life. Things like going out with friends in the morning, but resting all afternoon mean I can both have some fun and manage my health conditions. It has been about compromise, which was a tricky thing to manage at first. I view compromise as the split in the middle of my healthy and ill selves. One wants to see friends, the other is exhausted. In order to have some time as my old self I must keep in mind my new medical complications.

We are all ill prepared by a society that doesn’t want a conversation around both chronic and terminal illness. Many go through life believing that medicine or an operation can cure almost any ill – when there are actually many illnesses that can harm you. Every human on earth has two things in common – one that we are born, and another that we die.

One huge component in my grieving has been the creation of a ‘Living Will’, a document that is my medical security blanket. I know that if I am unable to make choices about my medical treatment I won’t have any treatment I didn’t consent too. For me, grieving is cyclical. As things get worse, I go through these stages over and over again, and that is okay. That is expected and normal. We should all be allowed to grieve ourselves.