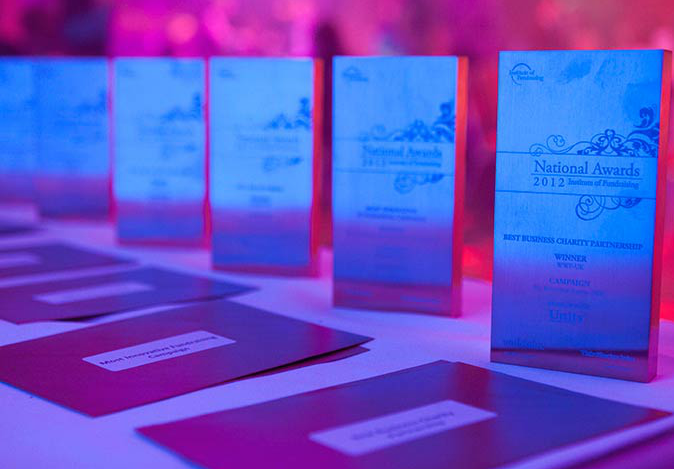 These awards have been established by the Institute of Fundraising to recognise exceptional achievement amongst the fundraising community. A full list of categories can be found on the website where the nomination process is described in more detail.

The deadline for nominations is 1 March, and shortlisted entries will be notified by early April. Winners will be announced at the IoF National Awards ceremony and celebratory dinner held at the Hilton London Metropole on 1 July 2013.

The Awards is one of the most prestigious events in the Scottish third sector calendar and celebrates excellence, talent and innovation. There are five award categories:

This year will also see the return of the very popular People’s Choice Heart and Soul Award, which is decided by public vote.

Entry to the awards is open to voluntary organisations, charities, social enterprises, campaign groups and community groups. Further details can be found on the SCVO website.

The deadline for nominations is 27 March, and the awards ceremony and gala dinner takes place in the Old Fruitmarket in Glasgow on Thursday 13 June.

Wales Volunteer of the Year Awards 2013

A nomination form can be downloaded from the Wales Council for Voluntary Action website. The deadline for nominations is 12 April.

Entries for the 2013 Awards will be judged by an expert panel including children’s health researchers, former winners and health professionals. More information about how to nominate can be found on the WellChild website.