Beyond traditional – how powerful technology provides help for hospices 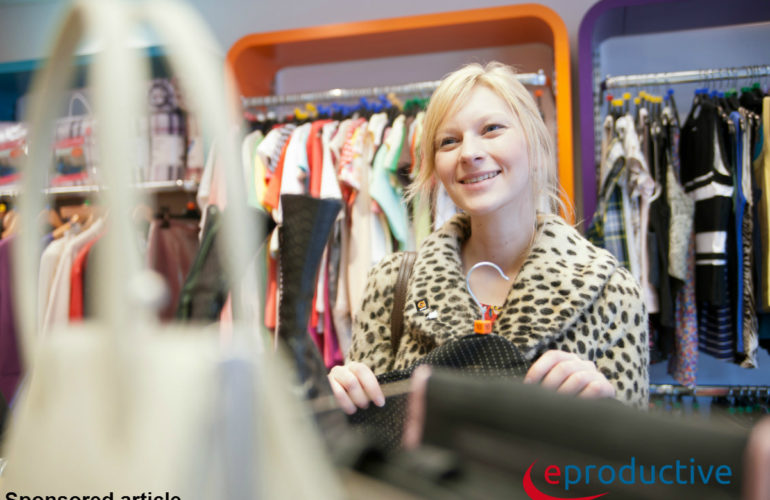 The backbone to the services hospices provide – dignity, care, medical excellence and humanity – are traditions which, despite modern advances, will always remain intact.

However, to support these traditional services to an optimal level today means hospices need to embrace new technology.

The two are entirely compatible. In fact, moving beyond the traditional can help hospices to embrace even more strongly some of the traditional services for which they are renowned – whether that is care, medicine, fundraising or volunteer recruitment.

Recognising this need to enhance the traditional with contemporary methods, Hospice UK’s retail conference this year has the theme ‘beyond traditional’.

When it comes to embracing the new to support the traditional, Retail Gift Aid is a prime example.

Many hospices rely on retail outlets to help generate contributions to funding. Charity retailers now take for granted the fact that Gift Aid is collectable on sales from donated goods as well as from cash donations.

The organisation that first pioneered Retail Gift Aid was Eproductive Ltd, the specialist charity software and service company, which offers powerful technology, simply applied, for charities including many hospices.

This year is ‘Retail Gift Aid Ten’, as 2016 marks a decade of successful donations through this means. In total, Retail Gift Aid has netted charities an extra £170 million, raised from nearly 8 million donors for Eproductive’s 90 charity clients alone.

Over the past decade Eproductive has also launched many other services for charity retailers including EPROS, a cost effective EPOS system, and Team, an engagement app which enables charities to keep in touch with their different stakeholder groups.

Retail Gift Aid remains at the heart of the service the company provides. Initiatives such as donor notification by email and ‘thank-you’ emails have all helped to increase donations through better donor engagement.

Over the past decade, Eproductive has also ensured that the various guideline changes made by Her Majesty’s Revenue & Customs (HMRC) are incorporated into its services.

The latest of these changes was a policy amendment in Autumn 2015 when new HMRC guidelines were issued, stating that charities must train all volunteers and staff on Gift Aid and must be able to provide records of such training.

These new HMRC guidelines state that “charities should also keep records of staff/volunteer training and guidance, to demonstrate that all their staff and volunteers have a good understanding of the processes.”

To help all charity retailers – not just existing clients – remain compliant with these new guidelines, Eproductive has worked with the HMRC to develop a new e-learning Gift Aid training programme to train all volunteers and staff, as well as maintain the records that HMRC now requires.

Another example of moving beyond the traditional is Eproductive’s people engagement app called Team, which the company developed to enable organisations to engage with their volunteers, clients, staff and trustees via smartphones, tablets and PCs.

Staying in touch with specific groups and individuals is important for any charity. For hospices this is especially challenging given the wide range of audiences – from senior clinicians to volunteers, staff and corporate supporters.

Stevan Jackson, CEO of the Mary Stevens Hospice in Stourbridge, described the Team app as “a remarkably versatile communication tool” – a new way of engaging with volunteers and staff.

The web-based Team app was originally successfully piloted with Helen & Douglas House in 2014 and has since been adopted by others including Hope House children’s hospices.

Stevan Jackson said: “I had been looking for ways to improve communications within the hospice team and our subsidiary trading and lottery company teams as we embarked on a number of major change programmes in the group and needed to keep people well informed about what was going on.

“When Eproductive showed me the Team app I was most impressed as it could have been designed with my problems specifically in mind. It addressed all of the issues that I was wrestling with. It is a remarkably versatile communication tool. I can get messages out to my teams almost instantly and can give them access to a variety of documents, videos and updates.”

The hospice’s business development manager, Gerry Crow, added: “Even though still very much in its infancy with us, we are all extremely pleased with how it has been accepted and used throughout the hospice. It is a high quality product which is simple to use and backed up by a professional team at Eproductive who have been highly reactive to our needs.”

Mary Stevens Hospice used the system to draw attention to news, videos and important documents and to receive valuable views and suggestions from staff about improvements.

For hospices, Eproductive is fast becoming the ‘go-to’ place for engagement and retail management technology and services. The company pioneered Gift Aid for retail and, ten years on, is ensuring that charities can make the best of the opportunities this brings now and in the future.

Eproductive will be attending and supporting the Hospice UK annual retail conference Beyond Traditional on 19 April 2016 at The St Johns Hotel Solihull. Speakers will include Professor Chris Cowls, CEO of Eproductive.