Britons prefer to learn about a death in direct conversation, new survey finds 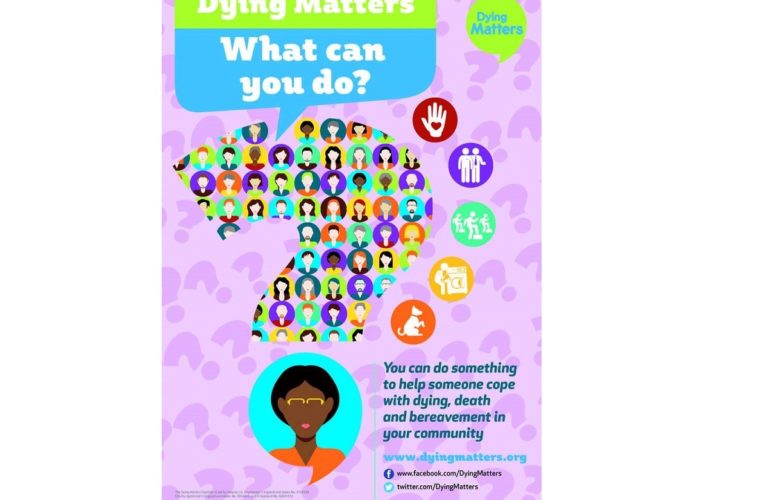 May 14, 2018 | No Comments
Categories: Community Engagement.

New research from Hospice UK, carried out by ComRes for the Dying Matters campaign, found a phone call is the top preference for more than half of British adults to find out about the death of someone they know well but do not live close to.

One third of people chose finding out through a mutual connection as their preferred means of learning about a death, while only 3 per cent chose a formal letter or card.

Email and text messages were chosen by 3 and 4 per cent of people respectively. The three least popular means were social media direct messages, newspaper announcements and social media posts.

A phone call or a conversation were top preference even for younger people. Nearly half of 18-34-year-olds said a phone call was their top choice, compared to only 3 per cent of the same age group who said they would prefer a social media message.

The survey also found that over half of British adults prefer to use phrases like “passed away” or “passed on” when referring to someone’s death in conversation. Three in ten prefer to use more direct language such as “dead” or “died.” Only 3 per cent prefer to use language suggesting a journey, such as “gone,” “departed” or “not here anymore”. Women are more likely to prefer phrases based on “passing”, with 59 per cent of women using those, compared to 50 per cent of men.

“Social media and smartphones have changed the way we communicate and are very popular for many people. But this survey shows that when it comes to learning that someone we know has died, many of us prefer more old-fashioned methods.

“It is interesting that the top two preferences both involved actual conversation. It might be that we prefer these because they allow us to immediately offer condolences or share memories of the person who has died. Although there is a bit of a conversation taboo around death, this survey shows that there are times when we do prefer to talk about it.”

Dr John Troyer, Director of the Centre for Death and Society at the University of Bath, said:

“Modern communication technologies, reaching back to the 19th-century telegraph, have always been used by humans to communicate when a person died. That said, it is clear that when it comes to discussing an individual’s death many people still prefer hearing it in person versus reading it on a machine. Indeed, the impulse to actually call a person when someone dies appears to challenge the convenience of messaging. I am not surprised by these findings. I will personally always choose to make a call when someone dies.”

The survey’s publication ties in with Dying Matters Awareness Week, which starts today and runs till May 20, run by Hospice UK since it merged with the National Council for Palliative Care last year.

Hundreds of events are taking place across the country with the theme ‘What can you do?’ aiming to encourage people to have open conversations about death, dying and bereavement. These include:

A Love That Never Dies. Prompted by the loss of their own son, Jimmy and Jane go on a road trip to talk to other parents about bereavement. The UK premier of this film takes place in London’s West End on Friday 18, followed by cinema showings nationwide.

Brum Yodo. A weekend of events across Birmingham, including a “taste along” of the film Sleepy Hollow; Death Over Dinner and The Shadow of Death at the Birmingham Museum and Art Gallery.

The Corpse Project. At Wanstead Library, an interactive workshop looking at the physical process and options for our bodies after we die.

“Hello, my name is…”. A new play by acclaimed writer Brian Daniels, based on the story of Dr Kate Granger. Her husband, Chris Pointon, will be present for the first two performances, taking place at Rowans Living Well Centre in Waterlooville

Call the Soul Midwife. An opportunity to find out more about the work of Soul Midwives, or just ask questions about death at Midlands Art Centre in Birmingham.

York Dead Good Festival. A week of events featuring cemetery tours, discussions, death in prison and a look at how to be rich and famous after you are dead.

Age UK Islington and Gentle Dusk are holding a festival for north London residents and young people, with events including a photography competition for teenagers and a pop up cafe where people are invited to talk about end of life.

A number of hospices are hosting special events. Birmingham St Mary’s open day on Friday 18 will include meditation sessions, exercise, creative art sessions and a Q&A with nurses and end of life doulas.

St Giles Hospice in the West Midlands is hosting poetry readings from local poets, a live painting demonstration and a classical music performance.

St Catherine’s Hospice in Preston has been working with the local Harris Art Gallery and Museum, inviting 10 volunteers, staff, carers and patients involved with the hospice to select an artefact from the museum which has a special significance to them. They were photographed with each item and interviewed as to the reasons for the selection and the memories invoked. An exhibition will held at the Museum on Friday 19.

On Thursday 17, Lisa Tate, a nurse on the inpatient unit at Bolton Hospice will be taking over the charity’s Twitter account for the day to give the local community an inside look into her role, including everything from clinical meetings to admitting patients, and answering any questions people may have.