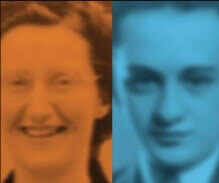 When I finished writing a full length biography of Cicely Saunders and the book was published in 2018 to mark the centenary of her birth, I was left with a lingering feeling of incompleteness. Yes, the work was widely reviewed and talked about at various conferences and book festivals. In due course it was cited in the literature and I also received kind letters from some who read it.

But I was left wondering how to tell something of Cicely’s story and the unfolding history of hospice by some other means?  Surely there was a wider audience for her remarkable achievements? A film perhaps, or maybe a novel. One day I got some good advice: what about a play? It might stand a chance of reaching the stage and could be undertaken with others as a collaborative effort.

I took the advice and soon got in touch with my old friend and palliative care nurse/researcher, Dr Jo Hockley. Some years ago she had successfully produced the play Shadowlands at the Edinburgh Fringe Festival. I explained my idea and she immediately got it. Not surprising perhaps for someone who had worked with Dame Cicely at St Christopher’s Hospice and had direct knowledge of her charisma and influence.

During the course of 2021 I moved forward with the writing. By the end of the year I had something that looked workable. A one act play lasting less than an hour and with just four characters. Jo had the inspired idea of contacting the drama faculty at Queen Margaret University in Edinburgh, and by January this year, we were working actively with staff and students to refine my script and test out its dramatic possibilities.

A Polish émigré, David Tasma, is dying from cancer in post-war London. Cut off from home and family and feeling his existence has had no value, David develops an intense and elusive relationship with his social worker, Cicely Saunders. The two explore questions of compassion, faith, love and the meaning of a completed life. An idea grows in Cicely’s mind about a new way to care for someone who is dying in distress. A fleeting encounter between two people of hugely different social backgrounds leads to the creation of the world’s first modern hospice and to a worldwide movement that is still influencing how we care for people at the end of life.

The process of script development – and the question of how best to explore this story – became increasingly collaborative over time. In addition to our sessions with the University staff and students, we had readings and workshops with an amateur drama group as well as with drama students in a senior school. As these sessions unfolded, the full potential of the play began to emerge. On each occasion the participants became engaged with the underlying issues. Some stayed behind afterwards to share stories of their own experiences with hospice and end of life care. I began to see that the play could be used in various ways and for different audiences.

By the late Spring we had recruited a triumvirate of enthusiastic student directors, casting was underway and several people had come forward to help with design, lighting and other production roles, including live piano music. Jo took the plunge and booked a venue for the Edinburgh Fringe. She then embarked on a campaign to raise sponsorship to cover our production costs, and thereby leave our ticket sales free to donate to the Hospices of Hope Ukraine Appeal.

When people asked if the play might be filmed, we set about gaining sponsorship to cover those costs too. The responses were fantastic and hugely encouraging. Some sponsoring organisations also got into dialogue about staging their own productions of the play.  One hospice has already gone into partnership with its local University to produce a student-led version of the play for CPD purposes.

We are now just a few weeks away from opening night. Rehearsals are in full swing. I am nervously excited about how it will all look. At the beginning of May, Mark Hazelwood invited us to perform a short extract at the closing of the annual conference of the Scottish Partnership for Palliative Care, in Edinburgh. The response was extremely positive, so we are hoping there will be plenty of enthusiastic palliative care people in the audience for the Fringe Festival.

Cicely and David is my first venture into playwriting. What I’d first thought of as a rather lonely process has turned out to be just the opposite. Writing the play has brought me into contact with a lot of people eager to know more about hospice care. I hope that a successful run at the Fringe will being more attention to the hospice cause. In due course a film of the play will be freely available to the hospice community. My hope too is that hospice and palliative care organisations will take an interest in the script and make use of it for events of various kinds: fund raising, community engagement and staff development. It would be wonderful to see it performed at conferences.

The story of Cicely and David is integral to the modern history of hospice. It shows how one person, dying in distress and far from home could influence the thinking of a young professional, who over the next two decades went on to create a fully rounded vision for hospice care.

Jo Hockley and I are grateful to all our hospice and palliative care sponsors and to the various people who have supported us individually. Cicely and David will be on stage at 4.30pm, 16th-20th August 2022, at the Royal Scot Club, Abercromby Place, Edinburgh.

Jo Hockley and I will be at all five shows, and very much hope to see you there!