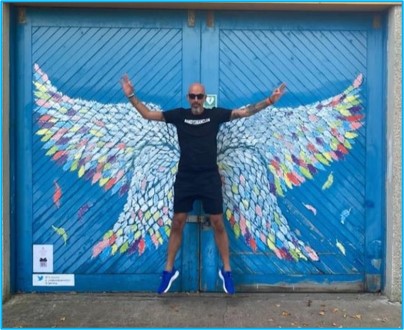 The Truacanta Project is a community development, compassionate community project run by Scottish Partnership for Palliative Care and funded by Macmillan Cancer Support. It launched in 2019 and aims to support Scottish communities to improve local experiences of death, dying, loss and care.

The term ‘compassionate community’ describes communities that are compassionate in their support of people through the difficult times associated with care, deteriorating health, dying and bereavement. A compassionate community recognises that care for one another at times of crisis and loss is not simply a task solely for health and social services but is everyone’s responsibility. 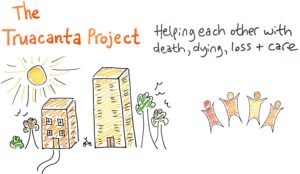 Community development is a process where community members come together to take collective action and generate solutions to common problems. Community development seeks to empower individuals and groups of people with the skills they need to effect change within their communities.

The Truacanta Project was an innovative model: rather than financial support based on short-term funding, it would provide community development support and advice; instead of a traditional top-down model, it aimed to put a temporary scaffolding support in place.

It was designed around communities identifying their own assets, strengths and resources and using them to lay solid foundations that they could build future activity on once the scaffolding was removed.

Three Phases and a Pandemic

There were three phases to the project. Phase 1 was a national call for expressions of interest. It was open to anyone and everyone who thought they might be interested in taking part in a three-year compassionate communities project; all they had to do was fill out a simple form. From the expressions of interest, eleven groups were shortlisted and the project moved into Phase 2.

From July to December that year, the project manager worked with the eleven shortlisted groups, and supported them to put together their community’s Vision for Change: how could they improve experiences of death, dying, loss and care, who would be involved, and what activity would they deliver?

The idea of this phase was to give groups a chance to think about what would be involved in being part of the project, support them to do some level of community engagement or outreach and to offer some networking opportunities; and then to support them to put together a more fully realized application to be part of Truacanta. The deadline for full applications was December 2019, and 10 out of 11 of the groups submitted an application.

Phase 3 was the selection of five groups to be a part of the project from April 2020 to March 2022. The successful groups were in Ayrshire, Dundee, Highland, North Berwick and Perthshire.

Of course, we all know what happened in April 2020. The pandemic changed everything for everyone, and it was clear that the Truacanta groups were not going to be able to continue as planned.

What have the Truacanta groups been doing?

So, what did they do? Well, first of all, they paused. At that point it wasn’t clear how long the lockdown would last or what the impact of the pandemic would be. So, the groups took some breathing space to work out what would work for them.

It was different for each group. Some were able to regroup more quickly. Some activity was easier to revision in a digital world. Everyone was facing their own challenges.

Macmillan very generously awarded the project an extra year of funding, to allow for the obstacles that 2020 threw in our way.

And, eventually, the thinking turned to – so, what can we do? And it turned out, a lot – most of which involved a pivot to online activity that was completely unplanned for. 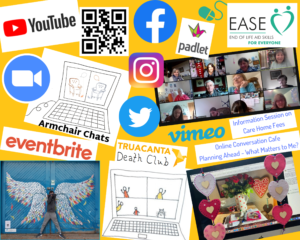 This included using social media, such as Facebook, Twitter and Instagram, and innovative use of apps and web platforms including Padlet, YouTube and Vimeo. In Perthshire, a wonderful set of Selfie Wings were painted in the city centre, and social media was used to promote and share. Perth also saw the use of QR codes to create a remembrances trail for To Absent Friends. 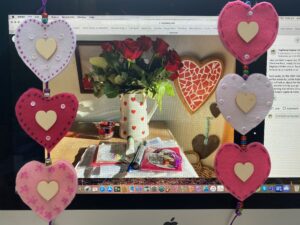 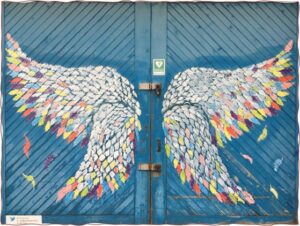 And lately, there has been a welcome return to face to face activity too, including: creative workshops, conversation cafes, events for the To Absent Friends festival, and the in-person version of the End of Life Aid Skills for Everyone (EASE) course.

And what did SPPC do? They continued to offer support, which was mostly online. They ran Truacanta events at the end of 2020 that were open to all and started up an online Truacanta Death Club. They ran regular online networking events for all the Truacanta groups, and offered training and support with the EASE course. And the project manager stayed in touch with them throughout, through regular zoom meetings, emails and phone calls, attending events, and offering input as required.

External evaluation coordinators – Janet Biggar Research – were recruited in 2020, to carry out a full evaluation of the Truacanta Project. The final evaluation report will be shared after May 2023, but emerging findings suggest some real success and impact in communities. Truacanta support has:

So there are a lot of positives, but it’s not been without challenges. Of course, the pandemic and lockdown restrictions have been a huge challenge – while it has allowed us to adapt and learn new skills and reach new people, it’s been a tough time for many reasons, and it’s important not to minimise that.

But there are three challenges all the groups have faced that would likely have been the same without a pandemic getting in the way: capacity, money and resource, or more specifically, the lack thereof. And, with the project ending in March 2023, the scaffolding provided by SPPC will be removed. So where does that leave the Truacanta groups?

Two of the groups have made the decision to apply for funding for a paid development post, after deciding that the activity they’d started wouldn’t be sustainable without a paid staff member to drive it forward.

This leads to some reflections it will be interesting to unpack further once the full evaluation has been pubished. When we talk about compassionate communities, what do we mean by ‘community’? We talk about ‘whole community responses’ and death, dying, loss and care being ‘everyone’s responsibility’. But in reality, it is more likely to be a very small group of people within a community who drive this kind of activity forward – and often they are people who have other responsibilities too.

So with that in mind, how much can we reasonably ask of volunteers, or active citizens? And specifically within the realm of building compassionate communities, is compassion ever enough of a foundation?