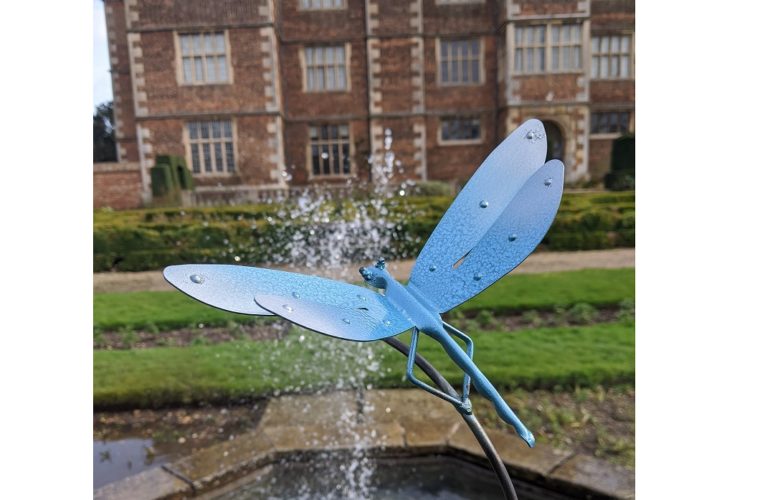 The story of a water bug transforming into a dragonfly is helping children supported by Lincoln’s St Barnabas Hospice understand the death of someone close to them. Tying in with this campaign, the hospice has launched its Dragonfly Appeal to fund a new children’s bereavement service.

Following the same format as the Forget Me Not campaign which raised in excess of £100,000 last year, the hospice will sell handmade ironwork dragonflies that supporters can purchase in someone’s memory. The money raised will fund a free children’s bereavement service set to launch later this year, so children and young people can talk about their grief in one-to-one or group settings, with trained counsellors.

Tracy Tuffs, Counselling Service Team Lead at St Barnabas Hospice, said: “Having a child bereavement service at St Barnabas is something that has been in the pipeline for a while. We currently support adults across Lincolnshire with their grief, whether their loved one died in our hospice or not. Our plans are to launch the children’s service to only those with a direct connection to our hospice initially and then evaluate from there.

“It has been lovely for the St Barnabas Wellbeing team to work so closely with the Fundraising and Marketing teams to bring this project to life and we’re excited to see how successful it is.”

The first 1,000 dragonflies purchased will go on display on April 4 at Doddington Hall, a manor house that’s open to the public. Jenny Peake, Supporter Engagement Manager at St Barnabas Hospice, said: “We’re delighted to be working with Doddington Hall and Wrendale Designs on this fantastic project. Doddington Hall is a beautiful venue and Hannah Dale from Wrendale Designs has managed to capture our little dragonfly in watercolour to support the campaign.”

The dragonfly story is shared with grieving parents and children to help them through the difficult time of losing someone they love. To read the story visit St Barnabas Hospice