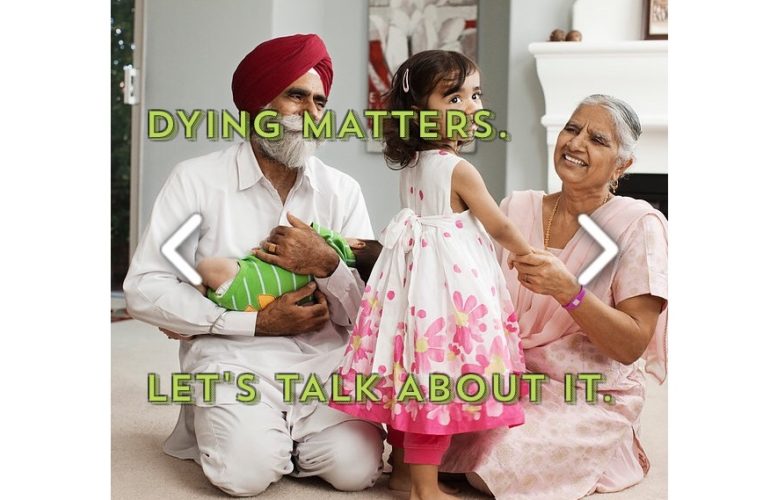 Gemma Allen, Diversity and Inclusion Lead at the Mary Stevens Hospice and Chair of Dying Matters Dudley writes about our shift in attitudes towards death since the Victorian era, and how to encourage frank conversations on the subject.

Why is talking about death and dying such an uncomfortable topic?

Why we are happy to share birth stories with near strangers, yet not speak openly about end of life wishes?

Is it the fear of upsetting others, or superstition of tempting fate?

This is not just relevant to the general public. At a recent conference, a newly qualified GP stated “I just do not want to upset my patients. I do not know how to have the conversation, how do you ask someone where they want to die and what their wishes are?”

If we turn the clock back to the Victorian Era one could say they had a morbid fascination with death, dying and grief, creating customs and practice toward the philosophy of a “good death.” Grief was a natural part of life, people were encouraged to demonstrate they were in mourning, even tying black ribbons around the necks of pet dogs and chickens.

Queen Victoria wore mourning attire for forty years following Prince Albert’s death, until her own death in 1901.  Post-mortem photographs were popular, with the deceased posed in a realistic environment amongst family members. Often this would be the only photograph families would have together. Death doll kits were available for young girls; these dolls, complete with a coffin and mourning clothes, helped them “train” for future death rituals. So what changed?

With the launch of The National Health Service in 1948 death became more medicalised, with  more people dying in hospitals rather than home. Gradually the girls trained for home death rituals – the original birth and death doulas – were no longer needed, and death was managed and “dealt with” away from the public eye.

Hushed conversations took place away from the dying person, children were “protected” from death. Gone were the days of the deceased in the front room, with family and communities less likely to provide end of life care. Steadily the death culture shifted from being a normal part of life to a cloaked, uncomfortable subject.

Dying Matters Dudley is a collaborative group of individuals and organisations with the overall aim of lifting the lid on death and dying, often a taboo subject. We want to encourage and support our Dudley community to have open, honest conversations around preparing and planning for the end of life. We want to achieve this in a non-clinical way, enabling people to support one another and become a death positive community.

The network formed in May 2018 with a realisation and collective view that together we could have a greater impact and reach more people.  With thanks to funding from Dudley Clinical Commissioning Group we have different activities and resources planned for Dying Matters Week 2019 including a website, theatre production, touring campervan and promotional resources. A variety of events and engagement will hopefully inspire rich conversations through arts, literacy, and crafts.

The “Diary Rooms” campervan complete with a video pod is touring the borough for three days, visiting a community centre, day service for people with learning disabilities, hostel, college, and local parks and towns. Three Death Cafes are taking place across the borough libraries, including one aimed specifically at young adults, Dying Natters – a conversation café at H Porter and Sons funeral directors including activities for pre-school age children, “Call the Soul Midwife”, coffin decorating and  more.

A lecture called “Life’s hard and then you die” is being presented at Mary Stevens Hospice and a week-long Dying Matters hub at Dudley Group of Hospitals will encourage conversations between health and social care staff. The week’s finale is the theatre production “The Birth of Death”, in which Joanne Tremarco, a spiritual fool, lucid dreamer and doula, will guide the audience over to the other side to tackle “death” – the elephant in the room.

We hope the launch of Dying Matters Dudley will inspire other groups of people to work together, and not work in isolation or presumptions that it’s a topic and conversation restricted to those working in palliative care. Death and dying is everyone’s business – after all it is the only certainty we have in life. We will all one day die, let’s make sure we get it right.

Dying Matters Awareness Week takes place from May 13 – 19 with the theme “Are we ready?”