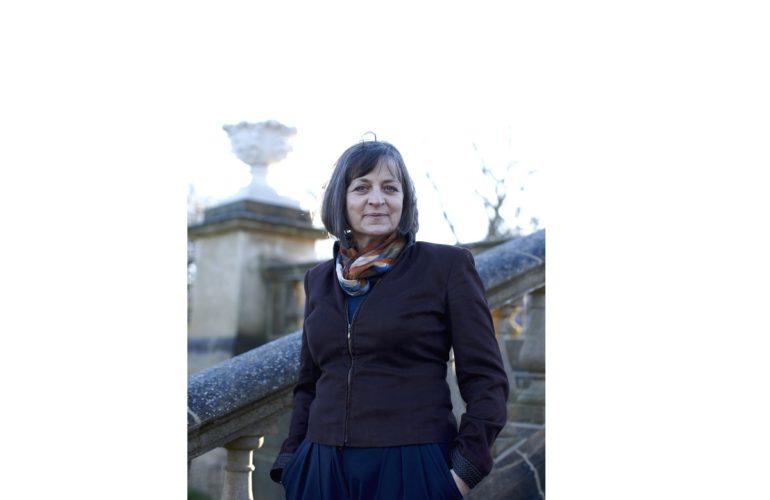 Dr Kathryn Mannix is the author of With the End in Mind: Dying, Death and Wisdom in an Age of Denial, a book where she draws on her three decades of experience as a palliative care doctor to help dispel people’s assumptions that death is painful or gruesome. Here she tells ehospice about the realities of dying and why it is important to raise awareness of them.

In With the End in Mind a doctor explains to a patient who is scared of dying that it is generally a peaceful, painless experience.  How common is this type of conversation between doctors and people near the end of life?

It is not as common as it should be, it is probably more common in palliative care than it is in other branches of medicine.  It is something I would really like to encourage, not just among doctors but clinicians who have seen dying many times, to have the courage to do this for their patients.

Do most people associate death with pain?

Medicine, public health and nutrition have changed our life expectancies so markedly, which is a great thing [but] it brought this unexpected, perverse effect which is that my generation has grown up without seeing dying. My grandmother buried her husband, one of her children and several of her siblings by the time she was the age I am now, so because we now have life expectancies into our 80s unless something really unusual and tragic happens we get to late middle age without knowing what dying is like.  We assume what we see in EastEnders or read in newspapers is normal dying. In fact bad deaths that get reported are not normal dying, the same as nobody reports that trains arrive on time. People will not know that what is on their mind is inaccurate, so they think it is terrifying, or there is some escalation of pain, that it involves choking, or they assume they will die in their sleep so are terrified to sleep, because nobody’s taken the time to explain that the gradual onset of unconsciousness does not feel anything like going to sleep, they will not even notice anything is happening.

In the book you say you found the conversations with bereaved families uplifting, how so?

What I found in my early days as a doctor was that the first time I really talked about dying with people was after somebody had died, which I think is still most people’s experience. [During] those conversations I would find out wonderful things about the person who had been in my care, and I had not known they were a fantastic artist or guitar player or had built their own hand glider.  In some way their families sharing that was the beginning of celebrating the life that had just been lost, and it made me realise that we should be working harder to know the person that we are looking after, before the family tell us they have died.

The book is told through the stories of the people you have cared for, who are going through the most extraordinary emotions. Do you ever become overwhelmed by your work?

Occasionally, but not as often as people might suppose. I often say to people who are asking about a career in palliative medicine and ask, “will it make me terribly sad?” It has been the most rewarding career to have. Although the lows are low, the highs are tremendous. To meet people who think they are near the end of their life, maybe down to their last months and are never going to feel well again, to manage their pain, address their anxiety and enable them to be whole members of their family again, that is a fantastic job to do.

What can be done to make people more aware of the reality of dying?

That is why Dying Matters Week is so important, it is our chance every year to get out there and talk about things that people usually avoid because they are afraid,  when it is on the sides of buses, on posters, and on social media.  One of the things that interests me is that people will take the trouble to arrange their funeral, write their will and talk about how they want people to celebrate and remember them afterwards, but they do not help with the most difficult thing, which is how they would like to be helped during that very last part of their lives. So I think we need to get that message out there, and that is the reason I wrote the book.

Do you feel the book is on its away to achieving its aim?

I had some absolutely fantastic messages from complete strangers to tell me how much the book has helped them and I am getting new messages every single week. I had a very touching message from a young woman who watched her mum die about four years ago and who misinterpreted all of the sights and sounds she experienced, she thought she had died groaning in agony. That gave her post-traumatic stress disorder and she has been having therapy on and off for three and a half years. She got in touch to say she read the book and it helped her to understand what happened to her mum, she had probably been deeply unconscious and had a normal, gentle, graceful death. She said she slept through the night for the first time in four years and woke up no longer feeling afraid. That is a really powerful thing, and if she had been the only person who had contacted me it would have been worth it, but I have had dozens of messages from people who were dying, who feel more empowered and less afraid, and from bereaved people who are looking back on what they have experienced, and are finding comfort and explanations for the things they saw and heard.

That convinces me of two things, one is that having good information helps us to feel less afraid, but also that as healthcare professionals we really have a responsibility to prepare people for the end of life so their families know what to expect, and then to talk them through it as it is happening.  Exactly the same thing that a midwife does, rehearsing all the things that will happen during labour.  Campaigning for public understanding is part of it, but campaigning for professionals to engage in proper preparation, and then narrating the dying process as it is unfolding is another really important part of the campaign.

With the End in Mind is out now published by HarperCollins