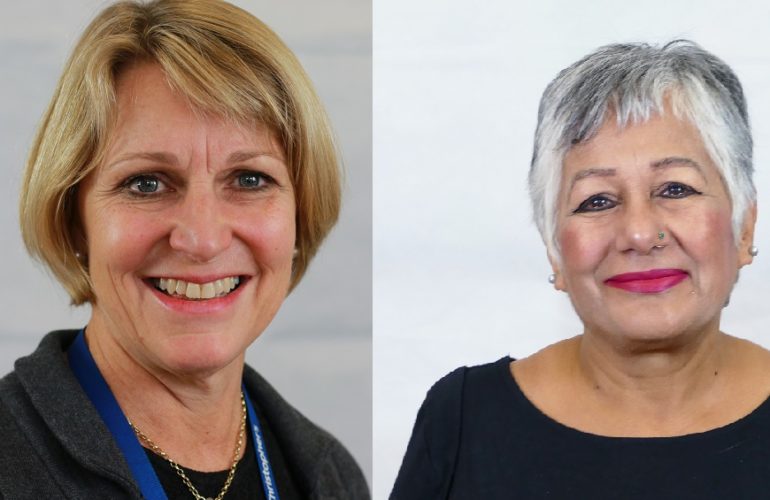 “Black Lives Matter at St Christopher’s”. This is a statement of belief, commitment and intention for everyone involved with our hospice. It is a position we hold with increased conviction following a series of events that took place earlier this year.

Calls for us to make additional effort began in early June. Many of us were reflecting on the violence experienced by George Floyd in the US. This was reinforced in a petition by a surgical registrar working in Bristol, calling for a change to school curriculums to celebrate ethnicity and diversity in UK schools. In the petition he recalled coming to St Christopher’s Hospice as a 17-year-old volunteer, and described how ethnic volunteers were placed in the kitchen, while the white volunteers got to work on the ward.

At an event hosted by one of our trustees, in which our BAME colleagues were invited to talk about their experiences, there were moments that were moving, humbling and at times uncomfortable, challenging any belief that we could be content with our efforts to date.

“I’m 44 and I’ve just realised how important it is to talk about it…My brother didn’t speak about the racist abuse he experienced at school until he was 35, that shows just how difficult it is” one colleague said.

“I was doing collage work with a mixed race client [at the hospice]. She wanted to tell her story but all the magazines that we had available were ‘Countrylife’ or ‘Vogue’, where very few people of colour were featured or seen” said another.

A third colleague, a Clinical Nurse Specialist, said: “I went to visit a patient and when I arrived, they assumed I was a carer and started showing me the room that they wanted me to clean.”

A commitment to inclusion

With renewed vigour we have been reviewing structures and processes that promote diversity, inclusion and equality at St Christopher’s, and which increase opportunities for staff and volunteers to contribute to this effort across the organisation, regardless of their role and seniority.

With this in mind, we have introduced a new cross-cutting theme within our strategic ambitions framework focused specifically on inclusivity. This confirms our intention to dedicate resource and effort to this work during the next three years as a priority. It is important to us that these efforts contribute to the kind of organisation our staff and volunteers want to work for, and which reduces inequalities in accessing help from St Christopher’s.

Reflecting on our work

A recent volunteer survey, carried out online at the hospice in July, also fed into our thinking. Mandy Piper-Killick, our Director of People and Organisational Development with responsibility for Equality, Diversity and Inclusion, reflected on the results, saying: “It’s important for volunteers to echo the community they support and to ensure there are no barriers preventing any group from getting involved with and supporting St Christopher’s.”

Only 12 per cent of those who responded to the survey identified as BAME. This is lower than the BAME populations within St Christopher’s surrounding boroughs – Lewisham’s population is made up of 47 per cent BAME.

To shape our intentions, we began Black History Month with two workshops led by an external facilitator, focused on answering the question, “If St Christopher’s was a fully inclusive organisation what would it look like?” Open to anyone in the organisation, these workshops have been far-reaching, illuminating and optimistic.

These events and our shared ambitions form the basis of new and regular conversations across the organisation about our goals, and how we achieve them. At their heart is a desire to be curious, to respect and enjoy diversity, and to connect with other people’s stories and lives as a basis for a more inclusive culture.

A long-standing Equality and Diversity Group within the organisation is undergoing a review and an overhaul – its agenda now shaped by the aspirations and concerns of staff and volunteers rather than corporate priorities. A new statement supporting inclusivity within the hospice has also been drafted, for the attention of the new Equality and Diversity Group as it gets underway.

In the meantime, throughout the month of October we’re celebrating Black History Month with a project hosted by artists working at St Christopher’s. They are setting this within the South London communities we serve, and are keen to promote the brilliant creative work of some of South London’s Black artists, writers and musicians.

Their ambition is to share posts detailing their lives, promoting their achievements and their artistic, literary and musical creations once or twice a week for the month of October on a variety of platforms that will reach people connected to the hospice. By doing this, we confirm our roots in our diverse local communities, we acknowledge the talents therein and our aspirations to be further connected and integrated.

We’ve some way to go, but we’re on that important journey towards greater inclusion.