CarePeople & Places From Nepal to the UK: the journey of a palliative care handbook - ehospice

From Nepal to the UK: the journey of a palliative care handbook 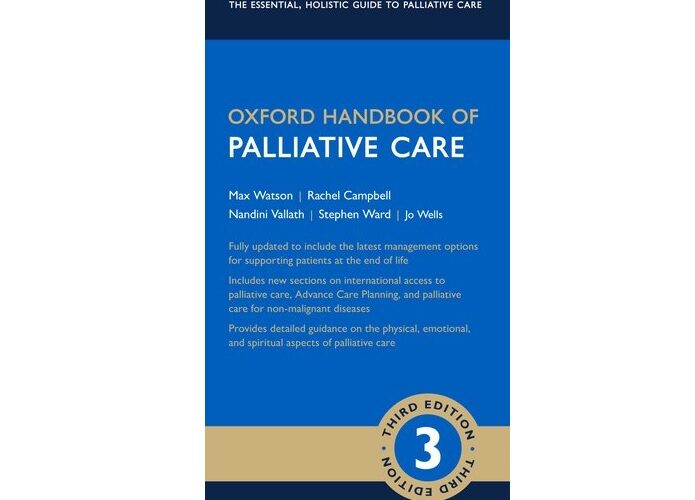 It was in the middle of the night while on call in a rural hospital in Tansen, Nepal, that I first came to rely on the advice and support of the Oxford Handbook of Clinical Medicine, created initially from a medical student’s final revision notes. Concise, balanced, practical and plastic-covered to repel unmentionable liquids and yet containing enough humility and humanity for its voice to be that of a supportive experienced friend rather than a critical professor.

An invaluable colleague certainly, but a UK-focussed handbook needed to be modified to acquire a Nepali tone and advice for managing snake bites, Pig Bell [a life-threatening disease caused by eating contaminated pig meat] and a host of different clinical scenarios seldom encountered back in the UK.

Hence the Tansen Clinical Guidelines were born. After two editions and eight years in Nepal the mantle of updating them has been picked up by the team in Tansen, who doubtless have their own private thoughts about the work imposed on them by an Irish enthusiast.

Returning to palliative medicine training in the UK I wrote to the editor of my night call handbook companion to thank him for his help and sent him a copy of the Tansen imitation by way of objective flattery. I was surprised by the warmth of his response and the later invitation to edit the first edition of the Oxford Handbook of Palliative Care. Naiveté, hubris and precociousness prevented a very junior trainee from sensibly rejecting the opportunity.

As a junior registrar editing the handbook was a fantastic way to consolidate learning, but it also provided real insights into professional colleagues and in particular the value of those who would take on the task of writing a section or chapter and deliver it on time without any financial reward. Without that generosity such work would be impossible.

Very quickly I also learned the importance of gathering an editorial team who did not just reflect the breadth of palliative care but also the different skill mixes needed to ensure both accuracy and deadlines were taken seriously.

Dr Caroline Lucas has been an invaluable co-conspirator and friend through the three editions, and her attention to detail has been crucial in offsetting my more cavalier approach. Seeing a younger generation step up to the responsibilities of writing and editing has also been very encouraging especially when clinical pressures are ever increasing.

Now, 15 years on, the third edition of the Oxford Handbook of Palliative Care is due to be published on September 12. Over that time a surprising amount has changed in palliative care and in publishing generally with the advent of digital formats and online publishing.

For me, handbook editing turned into more than a hobby with excursions into the Palliative Adult Network Guidelines, other Oxford University Press books and series, but never with enough volume for the work to be done in normal clinical hours. (My family were not overly impressed!)

Surprisingly I discovered there is a degree of kudos associated with the handbook which has led to invitations to speak and participate in differing opportunities that I would otherwise not have had. Mostly I have been able to stifle the imposter syndrome to enjoy such openings, though when colleagues in India quote passages in the book verbatim and expect a similar degree of exactitude I am left feeling like the fabled emperor without his clothes.

Financially the rewards have been negligible in comparison with the hours involved, but the biggest reward is the hope that inspired the initial interest back in the lonely watches of the night in rural Nepal. The hope that because somebody has access to the guide they will be helped in their isolated clinical decision-making by a concise handbook friend.