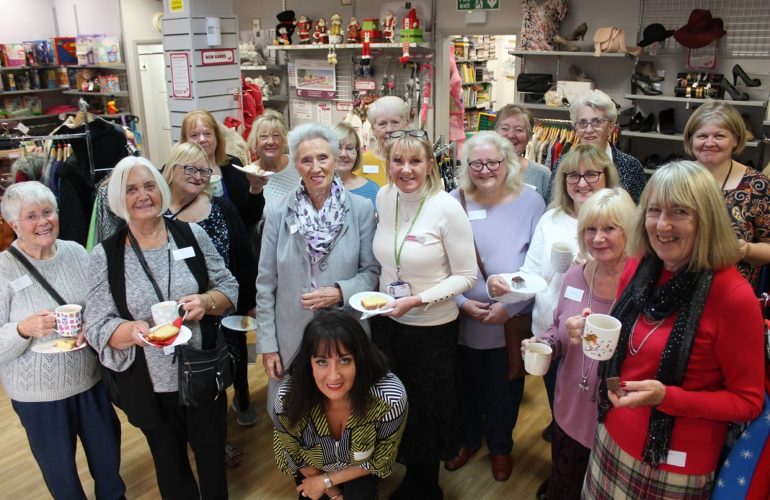 A Havens Hospices charity shop is celebrating 20 years of trading in its local community, raising hundreds of thousands of pounds for the charity.

The shop celebrated its anniversary with a tea party for its 20 volunteers. They were joined by shop manager Janet Evenden, who joined the charity following the death of her daughter, Elena, who was cared for by Little Havens before she died at the age of 5 in 2008.

Janet has been working for the store for eight years, four of them as manager. “Originally I volunteered for the charity shop as I wanted to give something back for the amazing care Little Havens gave to Elena and my family” she says. “I loved volunteering so much, I applied for the job.”

“I am really proud to run this shop and have such a lovely bunch of volunteers. It’s like working with friends. Everyone is hard-working and supportive, which creates a happy environment for our loyal customers too.”

Margaret Diaz De Junguitu, known as ‘Spanish Margaret,’ is the shop’s longest serving volunteer having joined a few months after it opened, when it sold just furniture.

At 80-years-old, Margaret is the oldest volunteer in the shop. The former Civil Service worker says, “Although us volunteers are helping the charity, the charity is helping us too. It gives me company and I work with such lovely people – the staff and the customers.

“I remember some of our customers as children, and now they’re bringing in their own children. It’s lovely to see.”