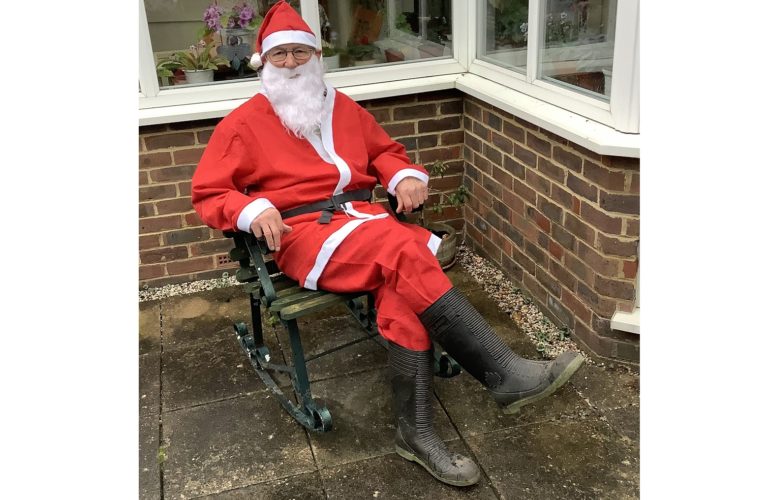 Gerald Pratt was among one of the first people to sign up to this year’s Princess Alice Hospice Santa Fun Run in December. At 89, he’s also one of the oldest participants.

Former machine shop foreman Gerald has been walking regularly in London’s Richmond Park and Bushy Park for the best part of two years, having joined the Princess Alice Hospice Walk and Talk group after the death of his wife Margaret.

They both worked at the Wilson and Kyle factory in Brentford; Margaret starting at 14 and Gerald at 17.

They married in 1958 and moved to a house in Whitton the day they were married, where they raised a family and where Gerald still lives. He’s been retired for 24 years.

He was inspired to join the Santa Fun Run last year by a new friend he made while on the regular Princess Alice Hospice Walk and Talk strolls. That same friend, Barry, will be joining him again this year, along with fellow Walk and Talker Sylvia – who last year cheered them on but is joining in this time.

A grandfather of seven, Gerald reckons he will be taking the fun run at a leisurely pace – hopefully a fast walk – and finish in under an hour.

When he’s not out and about on his favourite walks, Gerald can be found in the hospice Man Shed, which he joined after last year’s Santa Fun Run.

Here he puts his skills to use in a friendly environment, designing and making wooden toys and games, planters and other items.