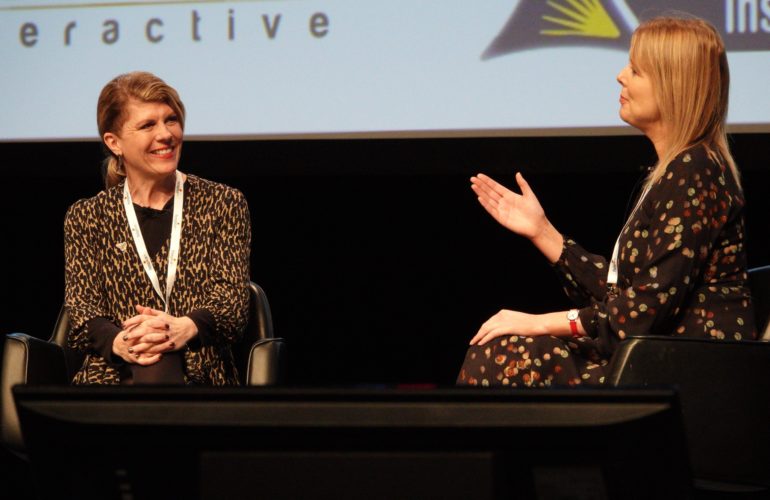 The third and final day of Hospice UK’s National Conference continues with thought-provoking sessions on the Dying Matters Awareness Campaign, the challenges of being a parent carer, mother and widower simultaneously, and how to deliver vital end of life care to Gypsy and Traveller communities.

Toby Scott, Head of Communications and Campaigns, and Stephanie Owens, Senior Communications Officer at Hospice UK, delved into the history of the Dying Matters campaign, which originated in 2008 when NHS England produced its first ever strategy for end of life care. The report showed that for many people death was something far removed – the experience of seeing a dead body, let alone being with a loved one as they were about to die, was and remains rare.  It concluded that a national campaign was needed, and gave the task to the National Council for Palliative Care (who merged with Hospice UK in 2017).

Dying Matters held its first Awareness Week in 2010. Its aim is to make people feel more comfortable talking about death, dying and grief, and in practical terms, to get plans in place well ahead of their deaths, discussing these with family and close friends. Each year in May hospices are involved in hosting their events throughout the week, and over the years this has grown to over 400.

Attendees at the session were then invited to talk about death and dying amongst themselves with the aid of Grave Talk cards, which have questions to help start conversations.

Diane Parkes, Head of Brand and Media at John Taylor Hospice in Birmingham, and Julie Kay, Project Coordinator at Wirral Older People’s Parliament concluded the session by describing what it had been like to host their own Dying Matters events, such as organising A Matter of Life and Death Festival in Birmingham.

Being a parent and a carer

Speaking to Hospice UK’s CEO Tracey Bleakley, Stephanie Nimmo gave a moving account of caring for her daughter with a life-limiting condition, before her husband was diagnosed with terminal cancer.

Daisy was born with Costello syndrome, a condition that affects just 1 in 2.5 million people. While some people can live semi-independently with the condition, in Daisy’s case she was partially blind, had complete intestinal failure that made her dependent on intravenous nutrition, had a heart condition, and epilepsy, “but on top of all of that she was still Daisy and still amazing” Stephanie said.

Stephanie spoke about learning to carry out complicated clinical procedures such as administering anti-epileptic drugs and TPN (total parenteral nutrition) fluid intravenously  for hours each day, so that Daisy could spend as much time as possible at home with the aim of maximising her quality life, knowing that sadly this would be cut short.

Along with her husband Andy they split their time between caring for her and looking after their other three children, two of whom had high-functioning autism, neglecting their own care  in the process and feeling permanently exhausted. Then Andy was diagnosed with incurable stage 4 polyrectal cancer, and Stephanie had to not only deal with their daughter’s deteriorating health, but also the fact that her husband was dying.

She found a stark contrast between the care Daisy had received and the adult palliative care provided to Andy, which he only received in the final two weeks of his life.  Together they prepared their children for his eventual death, which happened shortly before Daisy’s birthday.

When Tracey asked her if she’d had a chance to grieve, she replied “when Andy died I was left with four kids, I was shell-shocked, a single mum struggling to keep my head above water.  Then Daisy died and I had to make sure my kids were in the right place. I masked things by being busy, then I had a silly car accident last year that triggered a lot of things.”

As a result she sought therapy, but writing and talking have also helped. “I don’t believe in those five stages of grief” she said, “one minute you’re doing really well and  the other not. Grief is an ongoing thing and we’re just not very good at talking about it, particularly in western cultures, we’re supposed to have a stiff upper lip.”

Her book Was This In the Plan? is out now on Hashtag Press.

Delivering end of life care to Gypsies and Travellers

Later in the afternoon there was an insightful talk from Sarah Sweeney, Communications and Health Policy Coordinator, and Avril Fuller, Outreach and Youth Coordinator at Friends, Families and Travellers, a charity that is working to end racism and discrimination against the Gypsy and Traveller population.

They covered the prejudice these communities often face from society and  challenges to delivering end of life care, however the main focus of the session was on solutions based on research  they have undertaken, such as gaining their trust, understanding their cultural beliefs, and respecting needs around confidentiality and treatment.