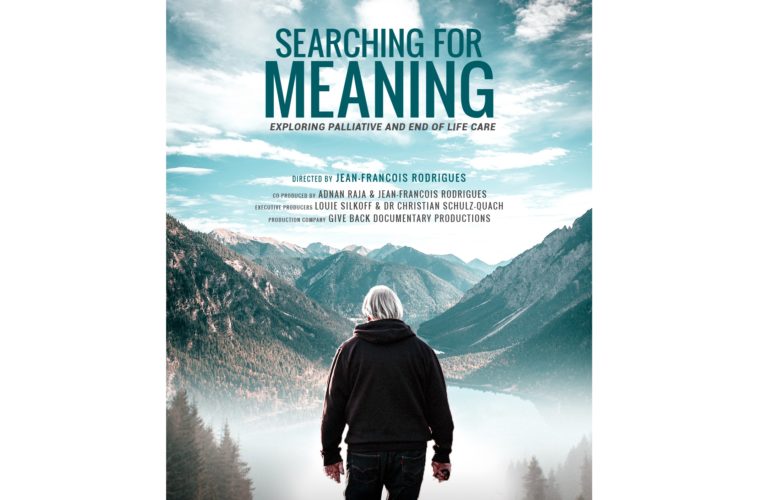 A new documentary inspired by the death of a filmmaker’s mother aims to raise awareness of the existence of end of life care.

Jean Francois Rodrigues felt compelled to make Searching For Meaning after the death of his mother in a London hospital last year. Jean Francois and his siblings, who stayed by her side throughout, were unaware she could be discharged to spend her last days at home, and that care would be provided.

“We are all over 50 years of age but even with all our combined life experience, none of us knew anything about what constituted palliative care and end of life care” Jean Francois explains. “In fact, during my mother’s stay in hospital we never even got to see or speak to the palliative care team and in essence, as I was the main carer for my mother, I was left to make the big decisions without any informed help.”

Feeling disempowered, Jean Francois insisted his mother stay in hospital, even though there was nothing they could do for her. “I had no idea it was ok for my mother to go home, and that assistance would be offered. She never wanted to die in hospital and had I known she had a mere few days left, I would have possibly allowed her to die at home.”

Being a filmmaker, he was encouraged to make a documentary about the hospital experience, however he didn’t wish to show “the negative side of an institution where a lot of good people worked” and instead set about making a film that would raise awareness of the care available instead.

Jean Francois has led an incredibly varied career that has included stints as a pastry chef, electrical engineer, journalist, and working in international law enforcement, after which he retired due to ill health. He decided to take up photography to keep mentally stimulated, while also gaining a real interest in trying to create social change. This led him to filmmaking.

As well as his mother’s death, he says his own experience of receiving palliative care for Dercum’s Disease (a very rare condition characterised by growths of fatty tissue that causes severe pain, fatigue, and mental issues such as depression, epilepsy and dementia) has helped him shape the documentary into a story that will connect to a wide audience.

“The documentary does not follow the usual narrative of just focusing on an individual story” he says. “Instead, it covers the whole area of end of life care and palliative care while still including two personal stories for that personal connection.”

A number of experts are featured, including Professor Bee Wee, Clinical Director of Palliative Care, NHS England, Professor Rob George, Director of St Christopher’s Hospice in London, and Dr Christian Schultz Quach from Kings College London/Cicely Saunders Institute. While the documentary is feature length, Jean Francois is producing a shorter version to be screened during Dying Matters Awareness Week in May.

“I would like to try and get this documentary to as many people as possible as this topic affects us all.”

“I never know how long I will be able to still do what I can do with regards to filmmaking” he explains. “This is why I try not to let time pass me by. I am keen to do all I can while I can to make a difference, even if only a little.”

For more information and screening dates visit Searching For Meaning