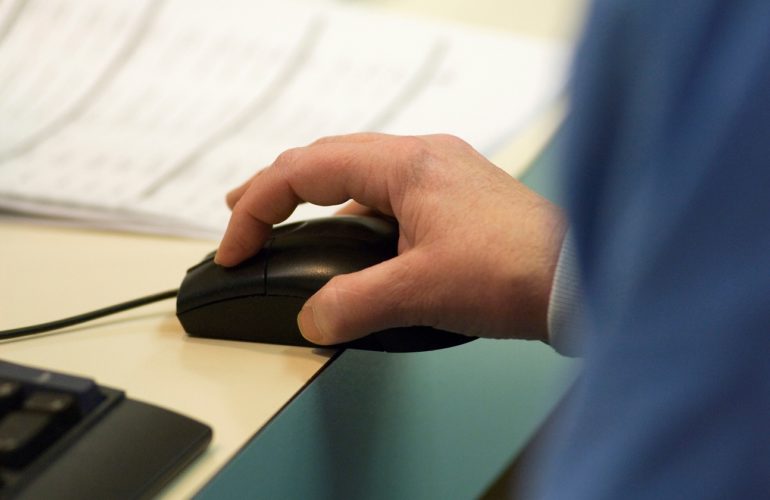 New research by Marie Curie has found that while two thirds of people living in Scotland with a terminal illness have a care plan in place, more work needs to be done to ensure they receive care according to their wishes.

The charity is urging people in Scotland with a progressive illness to talk to their GP about completing an electronic care record, known as a Key Information Summary (KIS).

The KIS is vital to communicate people’s treatment wishes, as it records how and where they want to be cared for and die. New research by the University of Edinburgh and Marie Curie published online at the British Journal of General Practice has revealed that people are twice as likely to die at home which may be because people’s wishes and preferences can be recorded and it is much easier to coordinate their care. The research was funded by Healthcare Improvement Scotland’s Living Well Palliative Care Programme.

The study also revealed that while 69 per cent of Scots have a KIS at the time of death, on average created ten months before death, a third didn’t have a KIS. This is good progress towards the Scottish Government’s aim that by 2021 all who would benefit from a KIS will receive one. However, Marie Curie believes not enough progress has been made quickly enough. By asking for a KIS, people can help prioritise their care from diagnosis of a serious illness and ensure their own wishes can be met. The benefit being not just for the patient, but helping reduce use of hospital services as less people will be cared for in hospital unnecessarily.

The results of the study also suggest the type of condition can affect whether you have a KIS. People with cancer had a KIS created in the last three months of life, much later than for those with other conditions. Those who had cancer, frailty or dementia were most likely to have a KIS, whereas those with conditions such as heart failure, liver disease and COPD are least likely. Only 47 percent of those with organ failure had a KIS compared to 80 percent with cancer.

Less than half of the KIS’s examined contained contact details for the patient’s next of kin or carer. This is concerning in identifying people who have a caring role and ensuring people are kept updated in an emergency situation.

Marie Curie has recently launched the biggest ever campaign to encourage people to talk about and plan for the end of life. Reluctance to think or talk about dying and death means many of us feel deeply unprepared and distressed when facing the end of life, either for ourselves or our loved ones.

Dr Anne Finucane, lead author of the paper and Marie Curie Hospice, Edinburgh Research Lead said: “Everyone living with a terminal illness should have a KIS and if a GP isn’t bringing it up, people should ask for themselves. GPs recognise the usefulness of the KIS in supporting care of their patients out-of-hours, so are generally very happy to discuss this when it is raised, and help people think through their preferences.

“In Scotland we’re leading the way in terms of the proportion of people who have a shared electronic care record describing their needs and preferences towards the end of life, but there’s more that can be done to ensure that everyone who needs one gets one, and that it’s as detailed as possible. Everyone benefits from a good KIS.”

Dr Paul Baughan GP, Dollar Health Centre, Clackmannanshire and National Clinical Lead for Palliative and End of Life Care, Healthcare Improvement Scotland added: “As a GP, I support people who are living with long-term medical conditions on a daily basis. Conversations about what is important to an individual living with a health problem, and their priorities for treatment and care, form an important part of a typical GP consultation.

“Our community nurses explore these issues during visits to people’s homes. Together we can agree and plan the care that would be most appropriate for someone in the future, in the event of a predictable deterioration or an emergency. However, for this plan to be followed, it is important that it is shared with healthcare professionals working in the Scottish Ambulance Service, NHS24, the GP out-of-hours service, and the local hospital. The easiest way for us to do this is through the ‘Key Information Summary’, with prior consent from the patient.

“I would encourage everyone living with a long-term medical condition to think about the type of care that they would like to receive in the future, to discuss this with someone in their GP practice, and ask if this can be added to their ‘Key Information Summary’.”

Professor Scott Murray, Co-author, the University of Edinburgh said: “This is a great good news story. Most people with an uncertain future due to an illness are nowadays discussing present and future concerns with their GPs. In this way patients are more likely to get the care they and their family want and need.

Compared to previous studies people are starting this planning much earlier –  while there is still time to make a real difference. And people dying from and with dementia are nearly all covered which is especially helpful for all concerned.”