People & Places On the move - ehospice 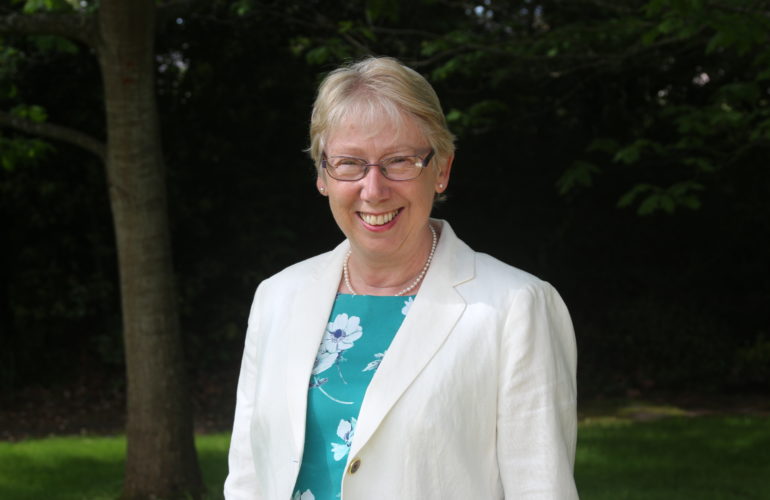 Chief executive of Hospicecare in Exeter, Glynis Atherton, is retiring after nearly 13 years this month.

Glynis has described the role as “the best job I have ever had.” Looking back on her work at the hospice, she said:

“So much has changed in the time I have been CEO. When I joined in 2006, the patient care was good and Hospiscare had a great reputation. There had been financial difficulties but the main challenges were instability in terms of staff, volunteers and morale. People were feeling unsettled and so my initial focus was on improving this.  Hospiscare has always had a values-led approach with patient care at the core of everything we do. So once the internal structure and morale was back on track and our strategic direction was agreed, we worked in accordance with our values to reach out and support more patients.”

“I am now looking forward to taking some time out to reflect. I have two grandchildren and a third on the way so I will definitely be enjoying more time with family. I also intend to keep my hand in with the hospice movement. I used to get a buzz every day I went into work so want to continue working on UK wide projects that support and promote the amazing work that hospices do. I may also act as a coach for budding CEOs, so I will be keeping myself busy as ever!”

“Glynis articulates a clear vision for outstanding end of life care and uses her passion and enthusiasm to inspire others. Her leadership is firm, fair and encouraging which enables her to engage others in a collaborative, multi skilled approach which aims to provide patients and families with very special care.” 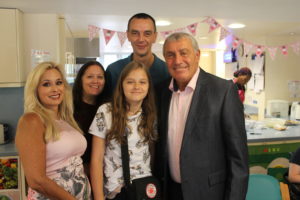 Peter was England’s goalkeeper from 1968 to 1990, and holds the record for the most caps for the national team.

In August he visited the children’s hospice with his wife Steph to meet some of the families the charity supports. They took part in a craft activity, and brought along gifts for the children as well as memorabilia for auctions to raise funds for the hospice.  He was so impressed by his visit that he decided to show the charity continued support by joining as a Patron.

Commenting on joining the charity, he said:

“It was an absolute pleasure to meet the families at Little Havens, their stories were incredibly inspirational and I thoroughly enjoyed speaking to the children about football. At first, I was surprised at how the parents described the care as ‘amazing’ as I thought it was an odd word to describe hospice care, but now I have to agree, after learning about the care and how much of a difference the staff make to those children and their families’ lives, whether it is for years, months, weeks or even just hours.

“It was an honour to join the children, families and staff at Little Havens and I am very pleased to be the charity’s new Patron – by pledging my support I hope that I can help them continue fulfilling their promise of ‘Making every day count’ for all those that need them for as long as they are needed.”