On the move in March 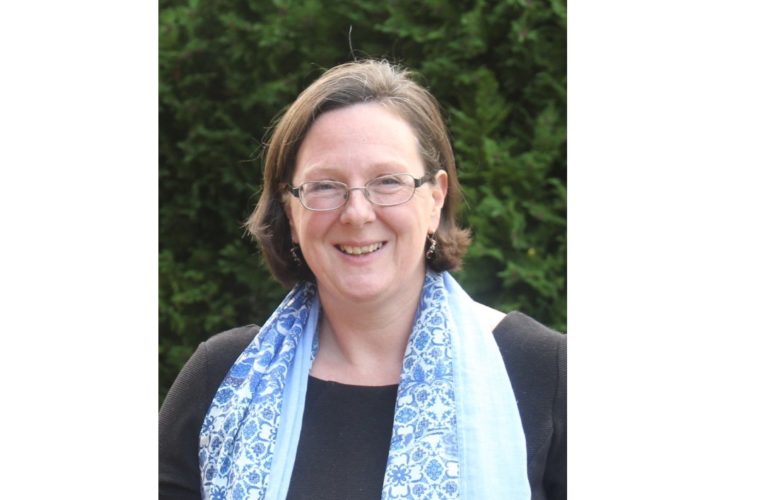 We may be in the midst of the worst global pandemic since 1918, but there’s still plenty of movement to report from in the hospice sector.

Phyllis Tuckwell Hospice Care in Surrey and Hampshire has appointed new Chief Executive Sarah Church, who will take over the role from Sarah Brocklebank when she retires at the end of March.

Sarah Church has lived in and around the local area for much of her life and is excited to join the organisation. “I’m very impressed with the passion and commitment of the people at Phyllis Tuckwell, and am looking forward to leading the charity through the next phase of the care we offer to local people in our community,” she said.

“I have joined the charity at a very unusual time, as we are all facing uncertainty around the Coronavirus pandemic. The impact that this is having on our care services, and indeed our fundraising income, will be significant. Thanks to the generosity of our local community, we will continue to offer the best possible care that we can to our patients and their families throughout these challenging times. It is at times of great crisis that our strength as a community must shine through, and at Phyllis Tuckwell we are committed to supporting our patients and the NHS by doing all we can to play our part in tackling Coronavirus.” 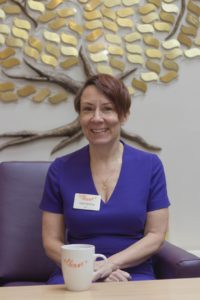 ellenor in Kent has appointed Vikki Harding as its new Chief Executive.

Vikki, who has served as interim CEO since May 2019, was previously Director of Care at the hospice, with responsibility for leading the strategic development of holistic care services for patients of all ages and their families across Kent. She joined the charity in 2018 from North East London Foundation NHS Foundation where she was Assistant Director.

With over 35 years’ experience in the healthcare sector Vikki began her career as a registered nurse specialising in respiratory care where she worked as a nurse consultant engaged in the holistic care of patients with lung diseases.

Speaking of her new role Vikki said: “I feel privileged to be given the opportunity to lead ellenor in what will be the next exciting stage of our development. Working with all our partners as interim CEO has given me a powerful insight into what we must focus on to support our community – the development of the Wellbeing Centre in Gravesend, enhancing the long-term financial stability of ellenor, and ensuring we meet the changing needs of our patients and their families”.

Lis Meates has joined the Huddersfield charity Forget Me Not as director of service delivery and development. In her role she will be responsible for the strategic direction of the hospice’s clinical and therapeutic services for babies, children, young people and their families.

More recently, she was asked to restructure the bereavement service at the Royal Manchester Children’s Hospital where she gained valuable experience in bereavement support and supporting families whose child has died suddenly and unexpectedly.

Lis said: “I’m excited to join Forget Me Not at what is a significant time for the children’s hospice as it embarks on its new five year strategy. It’s great to see that despite having to make some tough decisions over the last 12 months, staff remain completely focused on and passionate about meeting the needs of the families they support. With their innovative nurse-led approach to delivering care and finding new solutions for the many challenges families face, Forget Me Not is leading the way in children’s hospice provision and I’m thrilled to be part of that!” Eamonn O’Neal, the chief executive of St Ann’s Hospice in Manchester, has been chosen by the Queen as the next High Sheriff of the city.

The appointment of Eamonn O’Neal was formally announced by Buckingham Palace, and he will take up his ceremonial role in April.

The father-of-three has been a Deputy Lieutenant of Greater Manchester for six years.  He will be installed as High Sheriff on Friday April 17, succeeding Mark Adlestone OBE DL whose term of office ends that day.

Before taking up the post of CEO at St Ann’s, Eamonn was managing editor and columnist at the Manchester Evening News for eight years, following a successful career at Granada television and BBC radio.  He can still be heard on-air at BBC Radio Manchester as its longest-serving presenter.

He said: “It’s a huge honour and quite humbling to be chosen as High Sheriff of Greater Manchester.  I’m grateful to have the chance to connect and engage with the charitable, voluntary, faith, ethnic, cultural and business communities across the county.”

The role of Office of High Sheriff is the oldest secular title in British history and among the most ancient in the world, dating back more than 1,300 years. At that time the Sheriff represented the monarch, collected taxes, raised armies and was the rule of law across the county.

Eamonn added: “I won’t be collecting taxes or raising an army, but as High Sheriff I’ll be proud to represent the Queen as the ceremonial head of the judiciary in the county.”

“I also regard this Royal appointment as recognition of the great work done by St Ann’s Hospice in looking after the communities of Greater Manchester for many years.

“St Ann’s is one of the oldest and largest hospices in the country and we’re about to celebrate our 50th anniversary.

“I’ll be dedicating the High Sheriff appointment to our patients, staff, families and volunteers, and the other charities I work with.”

O’Neal is also a trustee of The Dianne Oxberry Trust and The Diocese of Salford. He was awarded an Honorary Doctor of Arts degree by the University of Bolton in 2015 in recognition of his ‘outstanding contribution to the media and charity.’