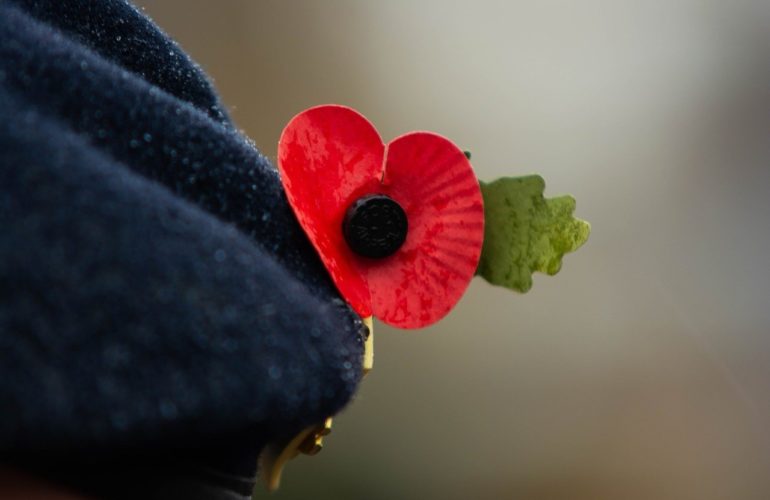 Earlier this year St Michael’s Hospice completed the Aged Veterans Life Stories Project, a programme that involved a hospice nurse recording the life stories of veterans. The aim was to preserve their memories for loved ones, while giving them a chance to review their lives.

At the same time the nurse could use the time they spent together to learn about their wellbeing, and refer them onto other services if necessary. As a direct result of the project some veterans were referred to the Royal British Legion for help with things like transportation and garden maintenance, or to the hospice’s bereavement service for counselling. A number of veterans were also put in touch with others to meet up with and go on day trips, helping to prevent isolation.

A particular achievement was working with aged veterans with dementia who live in nursing homes.  It proved that with good communication, and a few technical skills, even someone with a cognitive or physical impairment could tell a powerful story.

A number of the audio recordings have made it onto local radio, as well as the National Archive repositories, making these stories available for future generations to hear. In the case of 97-year-old Eric, a recording of his story now sits at the RAF Museum in Hendon, north London.

Eric was living in sheltered accommodation when he took part in the project. He had been a member of the RAF Llandwrog Mountain Rescue Team, covering Snowdonia during the war.  Because of rudimentary radar equipment used at the time many aircraft crashed into the mountains; Eric had the grim task of recovering the bodies of those that had crashed.

These experiences stayed with him, and he was overcame with emotion as he recalled them – however he welcomed the chance to record his story.

There was one collision he remembered particularly well, when he’d been the first on the scene of a crashed Mosquito aircraft.  He recalled the moonlight shining on the rivets of the wreckage, and finding the intact bodies of the crew.

The nurse interviewing him did some research afterwards, and found the site of the accident online. When Eric was shown the pictures, he declared it one of the best days of his life.

He asked for a wreath to be placed on the site, with a few words written by him. A few weeks later Eric’s health was failing, and it became clear he was nearing death.  As he was shown pictures of the wreath being laid, unable to speak, he smiled instead and put his thumbs up.  Within 24 hours he had died.

His nurse believes that telling his story and laying the wreath brought him peace at the end of his life.