A hospice CEO reflects on handling an emerging global pandemic 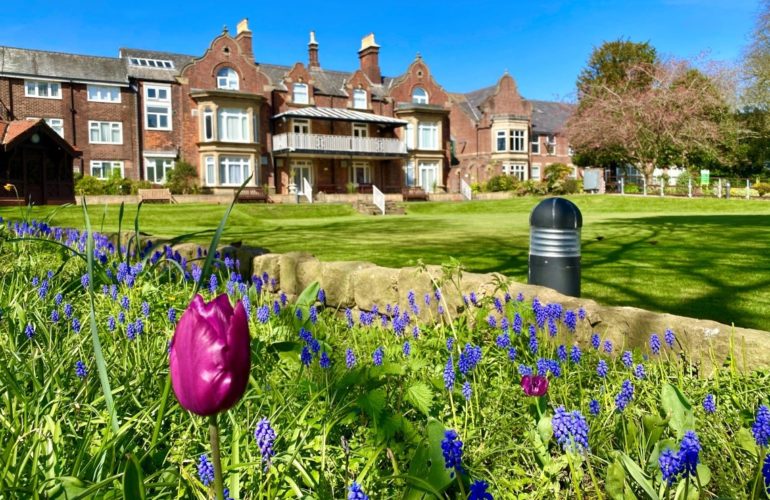 Stephen Greenhalgh, CEO of St Catherine’s Hospice in Lancashire, reflects on the difficult decisions the hospice took as COVID-19 began to emerge.

The beginning of March is when business plans and budgets are approved for the hospice’s new financial year. During this year’s planning event with board members there had been exciting discussions about our purpose and long-term ambitions. We had taken early actions as COVID-19 approached and discussed next steps. The Chair of Finance had mused, “thank you for approving our 2020/21 budget but we may have to write another one if our fundraising events are postponed”. Little did we know!

With the event over, before our feet touched the car park we were working on the early implications of a public health emergency as increasingly grave news arrived from Italy. Our contingency plans were dusted off and the potential for major business interruption was considered. All 16 managers were tasked with working out key issues for their teams.

Our first priority was to keep working safely wherever we possibly could. In doing so, we pointed families and colleagues to reliable sources of information and stressed, with candour, the seriousness of our situation.

“C-19 was discovered in 2019 in Hubei province, China. Comparisons have been made with the 1918, H1N1 influenza pandemic known as Spanish Flu that had a death toll double that of WW1. Be under no illusion, the current pandemic is not just flu, it is a virus that kills human beings in large numbers and for which there is currently no vaccine. We are taking it very seriously” I wrote in an update to colleagues on March 17, with mounting anxiety as a chapter in my family history came to mind.

At the tender age of 9 my mother nursed my grandmother who was succumbing to Spanish Flu, encephalitis lethargica more commonly known as “sleepy sickness”. This mysterious neurological syndrome was spread by WW1 troop movements and is estimated to have affected more than a million people. The disease commenced with nondescript flu-like symptoms whilst attacking the brain, leaving victims in a statue-like condition, speechless and motionless. Grandma died 6 years’ later. It was a harrowing experience.

The report of the Imperial College COVID-19 Response Team on 16 March 2020 brought haunting echoes from my mother’s era. Holding back a tsunami of suffering was not going to be easy. The research team left us in no doubt that mitigation was insufficient, suppression essential and the scale was daunting.

St Catherine’s and the UK’s 220 hospices started to accelerate their own response. We began by reducing footfall in our buildings, enhancing infection prevention regimes, displaying vivid notices about hand washing, asking people to stay away if they had recently visited China or Northern Italy, spacing tables in our café and replacing sugar cubes with sachets.

Where possible, clinics and home visits were switched to telephone consultations along with bereavement counselling. Ordering key supplies began in earnest along with the search for personal protective equipment. Volunteers and staff with underlying medical conditions were isolated, and it dawned on us that we needed a re-training programme to bolster our clinical services. Caterers, administrators, fundraisers, shop assistants and more were asked to re-train in housekeeping, maintenance, reception and nursing. Our team spirit was amazing but anxiety levels were rising. Whilst the public were being told to physically distance from the virus, we were walking towards it and preparing to squeeze in extra beds.

Recognising our moral responsibility we closed our large café and 19 shops before the government told us to. Meetings, fundraising events, lottery collection and school visits were cancelled. The term furlough entered our vocabulary in a new light and we were soon doing all we could to get colleagues out of our buildings. Some could work from home, so we invested quickly in secure technology.

The numbers on the finance director’s calculator were stark: in 6 months we would lose £1.2m. To give this context, St Catherine’s is a medium-sized hospice that costs £5.7m to run annually. Income to address the shortfall includes furlough compensation, the retail business grant fund for our shops and a package approved by government for hospices administered by Hospice UK. This will be gratefully received assistance on a huge scale – well done Hospice UK – but will still leave a financial challenge.

However, there’s also the astonishing generosity of the British public. On Good Friday the hospice received a donation of 20 fish and chip lunches. Some men dropped off crates of Easter Eggs, others brought protective equipment and others made cash donations.

People have said they can’t have a coffee or a meal out but can donate the cost. A little girl wrote an inspiring letter expressing gratitude for the care of her grandma, saying she realised how tough it is at the moment and committed to a sponsored silence. This heartfelt philanthropy is as beautiful as it humbling.

Along the way, there have been a number of tough decisions. On 20 March at our clinical meeting we discussed visiting. “Watching with” people near the end of their lives, is a hallmark of hospice care. Proximity is part of Cicely Saunders’ remedy for “total pain”, and it still resonates strongly in all the hospices I visit. Yet here we were discussing what was essentially “don’t watch with me”.

As one of our doctors put it, “allowing in potential COVID carriers makes our patients and us sitting ducks. Stopping visiting for patients, with only very specific exceptions, is deeply counterintuitive and extremely upsetting, yet we believed it had to be done. However, we are compensating so that families can “watch” through technology and wherever possible, keep loved ones at home for as long as symptoms allow.

In the 20th century, people sleepwalked into WW1 and Spanish Flu. In the 21st century, we are blundering into an environmental apocalypse. In my opinion, COVID-19 is only doing to us what we are doing to the planet. We have no right to assume that things will get better until we recognise our arrogance and replace it with a newfound respect for life, our environment and each other.

Hospices will have many more tough decisions to make before the COVID crisis runs itself out. There will be continued anxiety and a price to pay but the need for them has never been greater. They will require dogged determination, adaptability and ingenuity as they seek to be sources of care, compassion and hope in these dark days. “Watch with me” has taken on a compelling new dimension.