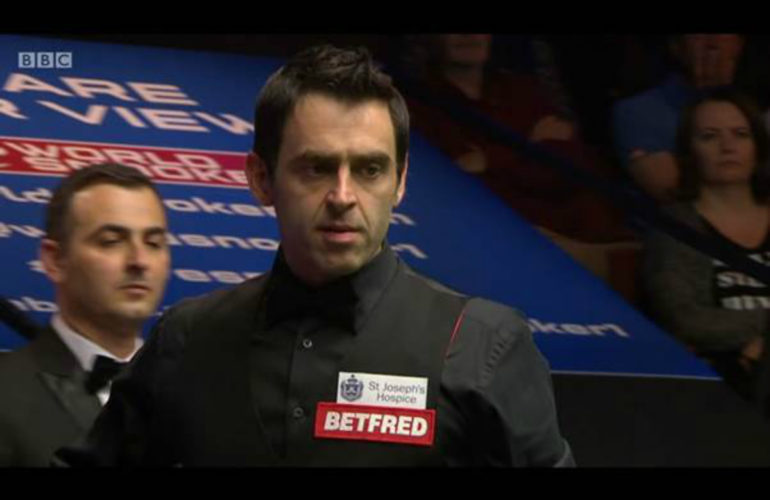 Ronnie O’Sullivan wore St Joseph’s Hospice logo on his waistcoat yesterday during his match against Stuart Bingham, which saw the five-time champion knocked-out of the championship.

Ronnie’s partner, actress Laila Rouass, has a close connection to St Joseph’s Hospice as her childhood friend, model Suzanne Mizzi, passed away at the hospice aged just 43 in 2011.

Laila Rouass commented: “It’s an absolute honour to do what we can to support the amazing work of St Joseph’s Hospice. I have met many of the people that work there and their dedication and passion is admirable.

“Ronnie wanted to support a charity that moved him and what could be more moving then one human being doing their best to look after another in their final weeks of life?”

Sarah Thompson, director of fundraising and engagement at St Joseph’s Hospice, said: “Ronnie is one of the most successful snooker players of all time so it was amazing to see him wear our crest with as much pride as we have for the hospice. Laila is a long term supporter of St Joseph’s Hospice and we are really grateful to her and Ronnie for their fantastic support.”