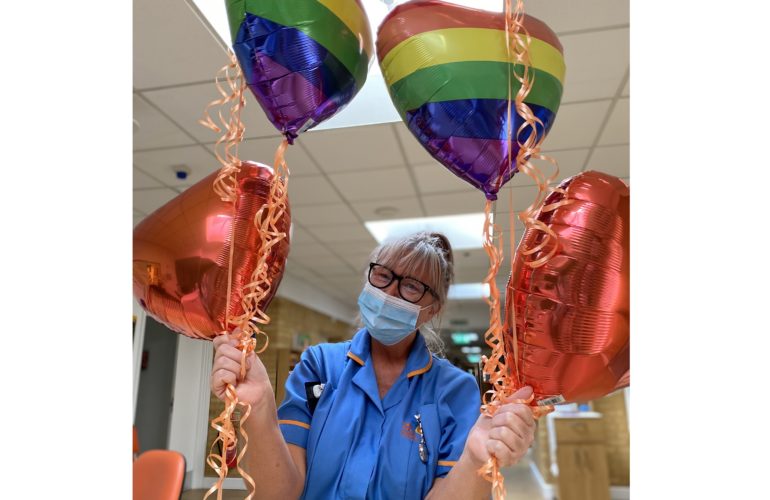 Essex charity Saint Francis Hospice is celebrating its 36th anniversary in the midst of the Coronavirus pandemic.

Last year, Essex charity Saint Francis Hospice celebrated 35 years with two volunteer thank-you events. During the summer, volunteers gathered at the hospice for an afternoon cream tea. In the autumn, tea and cream cakes were swapped for beer and a buffet to lay on a less-reserved affair. This year’s celebrations are just as significant, albeit a little more muted.

“Who would have believed in 2019, when we celebrated our 35th birthday that our 36th would be completely different?” CEO Pam Court said. “It would’ve been difficult to imagine that we’d be celebrating without all being together. It’s testament to the typical determination of each person involved with our hospice that we are here today — to give thanks and celebrate another milestone.”

Saint Francis Hospice officially opened in January 1984, after almost ten years of planning and preparation. In April 1985 work began on a home care service, with two nurses paid for by a Trust. There was a big demand for this work, with 28 visits made in the first month alone. An occupational therapy service was introduced later that year, and the bereavement service began in 1986. The day service was introduced in 1988, and building work began on a dedicated facility several years later.

Fundraising for the Hospice at Home team began in 2000, to enable patients to be cared in their homes at the end of life. Throughout the following decade the hospice continued to expand its services, with an education centre and a dedicated fundraising team.

This year the hospice has supported over 1000 people during the lockdown period, with 85  per cent of this care in people’s homes.

Doctors and nurses have adopted new working methods and worked longer hours while donning extra personal protective equipment in the heat. They’ve also had the added worry of bringing the coronavirus back to their families. Meanwhile some members of staff have been furloughed, and many of the elder volunteers are self-isolating, but have promised they will be back.

“We’re looking forward to happier times ahead” Pam said. “The world has changed, maybe forever, but we’re determined to make sure this birthday is one to remember — much like our previous 35. Here’s to the next year of outstanding care and beyond.”