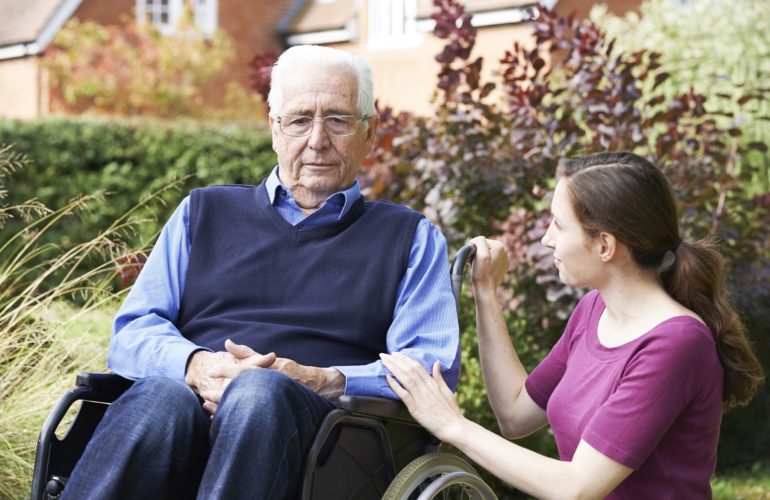 The UK’s new points-based immigration system will be implemented at the beginning of 2021. Here Reanna Smith, Political Correspondent with the Immigration Advice Service, writes about the impact the new system and Covid-19 could have on the social care sector in Scotland.

The UK Government’s new immigration rules are set to come into place at the beginning of 2021, but the effects of COVID-19 and a developing economic recession have resulted in increasing concerns regarding what these new rules will mean for the UK. In Scotland, they could be disastrous, with a recent report revealing that the social care sector could be put at risk of serious understaffing issues under the new points-based system.

The strain on social care

The past six months have been a strenuous time for the social care sector in Scotland. Over . This staggering figure is evidence of just how vital the care sector is, but in less than six months, it could face devastating losses.

After four long years of Brexit negotiations, the UK is now starting to see just what will change following their departure from the EU. One of the most significant changes will be to immigration, with the new points-based system coming into force on January 1st, 2021. This new system will require foreign workers in the UK to earn a minimum of £25,600 to be eligible for a Tier 2 Work Visa.

In a response to the Immigration Advisory Committee, however, the Scottish Government has revealed that this new requirement could be disastrous for the already struggling care sector.

One in ten social care workers are migrants, and with over 26,000 social care workers in Scotland coming from outside of the UK, it’s clear that the sector heavily relies upon foreign workers. But under the new immigration rules, many of these workers wouldn’t be eligible to come to Scotland.

A survey from 2018 shows just how much of an impact this could have, revealing that less than 10% of those working in caring and personal service occupations in Scotland earn £25,000. Local authorities have seen their budgets cut, meaning that there is little possibility of raising salaries for social care workers to be able to meet these financial requirements.

The Scottish social care sector is already struggling, with . This is only predicted to become more of an issue as the Scottish population ages. It’s estimated that between 2016 and 2037, the number of those aged 80 and over in Scotland will increase by 68%.

This increasingly aging population will only create a higher demand for the care sector. The impacts of COVID-19 have meant that pressure is already beginning to mount.

It’s been estimated that over the next four years, demand for health and social care staff in Scotland could increase by as much as a requirement for over 10,000 more full-time social care staff.

Ben Macpherson, Scottish Minister for Public Finance and Migration, has criticised the UK Government’s failure to ensure foreign social care workers have a place in the UK, he said: “Care professionals from all over the world have played a vital role in caring for our communities during the COVID-19 crisis. It is mind-boggling that the UK Government has introduced a ‘Health and Care visa’, intended to show the UK’s gratitude to frontline workers in these sectors, but that this initiative bizarrely continues to exclude and disregard the huge contribution of social care workers.”

Now, Mr Macpherson is calling for the government to include social care workers on the Shortage Occupation List, a list that sets out jobs that are in short supply in the UK. Jobs included on this list can be filled by migrants more easily than others.  He explained: “I urge the UK Government to do the right thing and include care workers as eligible for the recently announced ‘Health and Care visa’, so that people who make and have made such an important contribution to our society, particularly recently, can benefit from reduced fees, a fast-track application service, and exemption from the Immigration Health Surcharge.”

What next for social care in Scotland?

As well as its struggling care sector, a report by Scottish thinktank The David Hume Institute estimates that Scotland’s working-age population will have only increased by 38,000 by the year 2041, in comparison to an increase of 265,000 for people of pensionable age over the same period. The new immigration rules will only heighten this problem, with over 9% of Scotland’s current workforce coming from overseas.

Putting social care roles onto the Shortage Occupation list would be a step in the right direction for saving Scotland’s social care sector. It would mean that the financial requirement would decrease to a salary threshold of £20,480, making it more attainable for foreign workers to come to Scotland.

But more needs to be done to support immigrants coming to Scotland, who contribute so much to Scottish society. Scotland has been praised for its welcoming attitudes to migrants in the past, now the country needs to live up to this reputation. The Scottish Government mustn’t give up the fight for not just its own needs, but the rights of foreign workers who have worked so hard to care for Scottish lives during this time.