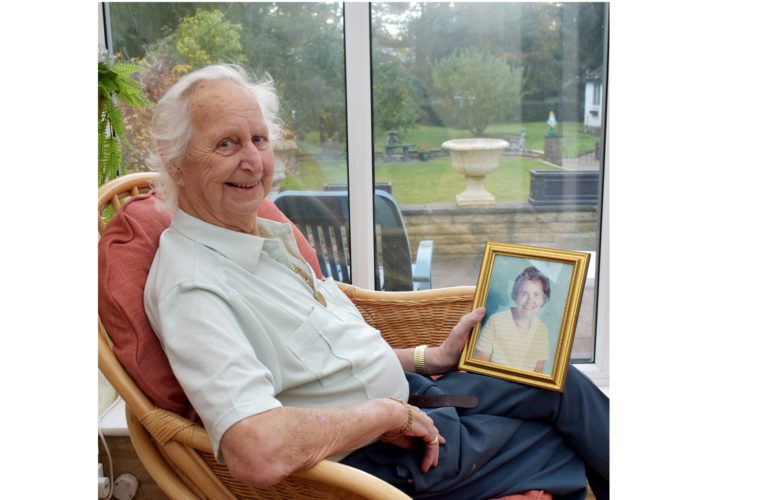 One of the people they supported was 88-year-old John, a former engineer who served two years in the National Service.

During his time in the army, John kitted out Lancaster aircrafts with bombs, and later worked in bomb disposal. After his service, he worked for a local engineer company.

He said: “I’ve had a good life, I’ve been very lucky, but I am lonely now. I used to do a lot of walking with my wife. After she died, I carried on walking but one day I became very unwell while out. I made it home but collapsed in the hall. My daughter found me, thankfully, and next thing I’d woken up in the ambulance.  I’m alright now, but it did make me worried to go walking by myself in case it happens again.

“My doctor referred me to the volunteer visitor service. My volunteer was a wonderful person, so caring and chatty.  I really looked forward to her coming each week.”

The hospice carefully matches volunteer visitors to the person they’re supporting, for 12 weeks of visits which can include the opportunity to get out and about in the community, go shopping, pursue a hobby or just a chance to chat and have a cuppa.

The volunteer project for veterans ran for three years until March, during which time Saint Michael’s was one of 14 North Yorkshire-based organisations working as a consortium called the Ex Forces Support North Yorkshire. Funding for this project came from the UK-wide Aged Veterans Fund funded by the Chancellor using LIBOR funds, and it enabled the hospice to extend their existing Volunteer Visitor Service to men and women aged 65 or older, who have served in the Armed Forces.

Evaluation and case studies showed that for people who were feeling lonely or isolated, the service offered much-needed companionship, and, through careful matching, some positive and meaningful friendships were developed.

“Every week my volunteer came, she said: “Are off for a walk then?’’” John said. “One time it was raining, and she was still happy to come with me. I was able to revisit some of the walks I did with my wife Sheila, before she died.

“Sheila and I were married for 62 years. I met her when I was 16 or 17 and we married at 20. She was my first and only love. I still talk to her every day, and when I’m feeling down. I miss her terribly.

“Loneliness is a big part of my life now, which I just have to overcome. Having a volunteer visitor to talk to gave me someone to offload to. I felt very comfortable with her and there are times when I don’t want to upset my daughter or worry her, so it was good to be able to talk to my volunteer instead.  Knowing she was there each week was a big help for me.

“I’ve always been busy and had lots of hobbies but I can’t do them anymore. I loved fishing and walking, and making furniture and looking after the house.  I do find weekends extremely hard. Especially if the weather is bad or there’s nothing on TV they can feel very long and lonely.  I can’t drive anymore so I feel very isolated and bored and frustrated. I miss my independence.

“I’d recommend having a volunteer visitor to anyone in a similar situation – especially if they are all like Helen!  I was so lucky to have her.”

“There are things out there to help you, and they do make a difference. I think it’s getting easier for me to ask for help and support if I need it. My daughter is lovely, but I don’t want to rely too much on her for help. She has her own life to lead.

“Getting old is rubbish to be honest. But I am enjoying my life again – I now have a great-granddaughter and that’s given me a new lease of life. I’m happy to stay here in my own home which I built myself, with my beautiful garden.”