Care Taking to the skies in memory of loved ones - ehospice

Taking to the skies in memory of loved ones 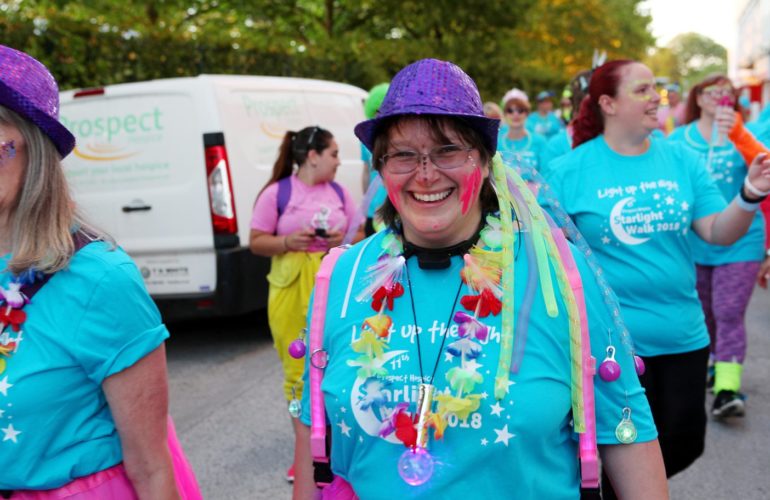 Prospect Hospice employee Lisa Baskerville is challenging herself to complete a wing walk in memory of her dad and her best friend.  Both Lisa’s dad, Fred Berry, and best friend, Anne Gibbons, received specialist care by the hospice at the end of their lives.

Despite being scared of heights, Lisa has always wanted to do a wing walk and she will be among a number of supporters taking part in the hospice’s first wing walk on 15 September.

As well as enjoying the thrill of flying while strapped to the wings of a Boeing Stearman biplane, Lisa and her fellow thrill seekers will be raising vital funds for the hospice.

Lisa, a finance assistant at the hospice, based in Wroughton, said: “The hospice is a very special place, treating everyone as an individual and with compassion and dignity. I feel privileged to work there and I know how important it is to raise funds so we can provide care to people who are terminally ill and also support their families.”

Lisa’s dad, a retired London taxi driver, had lung cancer and was cared for at Prospect Hospice. He died in July 2004, aged 76. 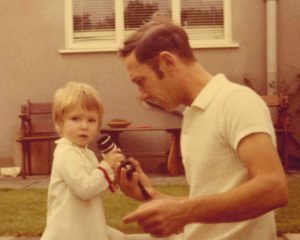 Lisa Baskerville as a child with her dad Fred Berry.

Lisa, of Swindon, said: “When my dad was ill he went downhill quickly. He was in extreme pain and he went into the hospice for respite care. The staff were brilliant in managing his condition so he was out of pain and giving him a quality of life with the time he had left. He returned to die at the hospice which was his wish.

“The care he received was incredible and he was so thankful. The hospice was brilliant with me and my family, explaining what was going on. I didn’t work at the hospice at that time so their support was reassuring. One time we were visiting my dad and one of the chefs was sitting and chatting with him. She saw that my dad had no-one sitting with him so she spent time with him, which was so kind of her to do.”

After her dad died Lisa began supporting Prospect Hospice and has taken part in fundraising events, including walking across hot coals dressed as a dragon, a skydive at Redlands Airfield near Swindon, and the charity’s annual Starlight Walk.

Lisa, 53, and her friends – including Anne Gibbons – also raised funds through their drumming group, Bang To Rites, which is based in Swindon and Highworth.

Lisa joined the hospice in 2018, firstly as a volunteer in the finance team, followed by employment. It was during that time that her friend Anne, of Swindon, became terminally ill with cancer and she received care from the hospice at home and in the hospice, where she died, aged 65.

Lisa said: “Anne was really impressed with the care she got and her family were also supported. When she was staying in the hospice I went to see her before I started work, during my lunch break and when I finished work for the day. 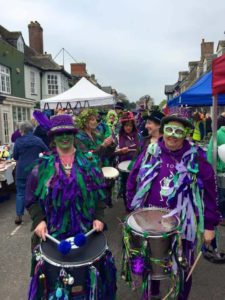 Lisa Baskerville (left) and Anne Gibbons (right) performing with Bang To Rites at Highworth May Day.

“Anne loved having her nails painted and while she was in her bed a volunteer painted them. Even though she was really ill, one time she woke up and said she fancied eating a curry so Rob, the hospice’s catering team manager, made her a curry. That’s what’s so special about the hospice. It’s all about the person and giving them what they need, when and where they need it.”

Looking forward to the wing walk Lisa said: “I’m really excited about doing the wing walk. I think my dad and Anne would be laughing at the thought of me doing it.

“My dad loved having fun and I think he would be upset that he couldn’t do it himself but he would be supportive of me, while Anne would think it would be a normal thing for me to do!”

If you would like to support Lisa’s wing walk by making a donation, you can visit her online fundraising page at https://bit.ly/3g2p8nB

Prospect Hospice is a charity providing end-of-life care to people 24 hours a day, seven days a week. It does this through its inpatient unit at the hospice in Wroughton, day therapy and in people’s homes and all of its services are offered free of charge to all those who need it.  Our specialist teams provide clinical, emotional and practical support to patients and their families. Prospect Hospice began in 1980 and serves a community of more than 300,000 people in Swindon and north east Wiltshire, including Royal Wootton Bassett, Marlborough and Pewsey, plus Lechlade and Fairford in Gloucestershire. It costs £8million to run our services and around 70% is funded by generous donations by the community.