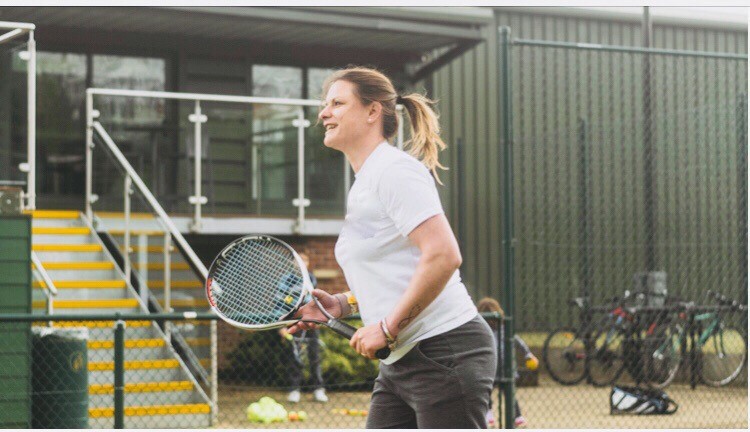 A tennis enthusiast is set to create a new world record by playing a 24-hour tennis game to raise money for Nottinghamshire Hospice.

Sarah Wright is planning to play non-stop tennis in a minimum of 15 clubs across Nottinghamshire on June 7 – 8. A former junior national tennis champion, now captain of the over 35s England squad, she aims to raise £10k through her epic fundraiser for the hospice.

“My grandmother used to volunteer at the hospice 27 years ago and was named volunteer of the year, so we have that family connection going back a long time. What they do there is phenomenal so I’d love to raise lots of money for them. My goal is £10,000.”

Sarah is going for the ‘Most tennis clubs played in 24 hours (female)’ record and one of the requirements is that she must travel between clubs on public transport or on foot. This means that after the buses and trains stop running at 2am Sarah will be adding to the challenge by running between clubs, before getting the first train at 5.20 am to the next club.

She will play one set at each location, and estimates that during the 24-hours she will run at least the distance of a full marathon.

Sarah is no stranger to tennis marathons, as last year she played non-stop tennis at a local club for over 24 hours to raise funds for a childrens’ hospice. She said:

“I had a great time last year, the team effort it took was amazing and we want to go one better by trying to break a world record, and double our fundraising target.

“Over the next three months I’ll be training five times a week. As well as playing tennis I’ll be doing a lot of running and strength training, whatever it takes to be the fittest I can possibly be.”

“We’re so impressed by what Sarah is doing, it’s truly awe-inspiring! We’re delighted she’s chosen to support us. We’re really excited by the world record attempt and looking forward to supporting her with this in any way we can.”