The HEARTS process – creating peace, calm and tranquility in cancer and supportive care 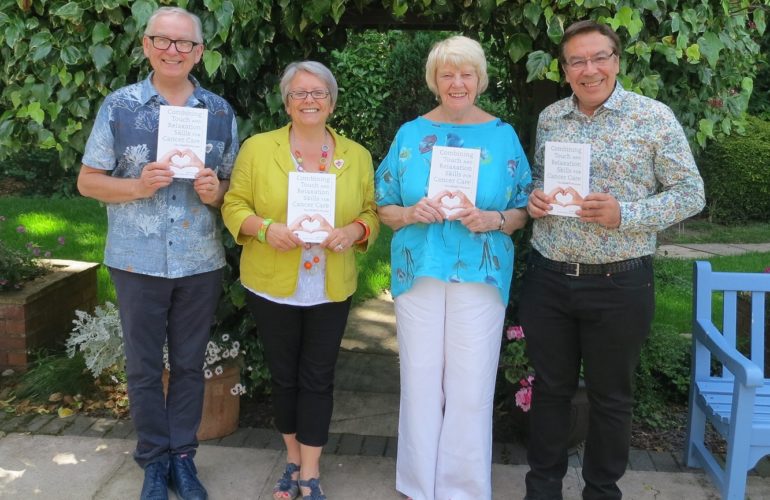 Complementary therapist and teacher Ann Carter writes about HEARTS therapy and its benefits for people at the end of life.

Complementary therapies, such as massage, aromatherapy and reflexology have been increasingly used in supportive and palliative care settings since the 1990s. Whilst working in the Neil Cliffe Centre, now part of St. Ann’s Hospice in Manchester, I quickly realised that there were challenges which needed a different approach to the conventional application of touch therapies, such as aromatherapy massage.

These included patients having difficulties remaining in one position for any length of time and having compromised skin; sometimes a lubricant was not easily absorbed or tolerated. In addition, some patients appeared reluctant or embarrassed to remove clothing for massage. Concerns included scarring, significant weight loss, or body image issues.

I found that, by adapting my approach, many patients could experience relaxation, (or a state of calm,) through the use of light touch therapy over a soft towel or light clothing. Where patients were unable to relax with this approach alone, we introduced carefully chosen music in the background, and then progressed to including the therapist’s voice linked to the therapeutic movements of the hands and the chosen covering.

With the permission of the oncology consultant, this eclectic approach was developed over time. Patient feedback was obtained via the key workers, (usually nurses) who managed the referral system for complementary therapies.   As a result, the key workers requested an ‘easy to remember’ term to use when making future referrals. My manager and I devised the acronym ‘HEARTS’ which we felt accurately reflected the components. The components are as follows:

Hands-on: the skilful use of light touch – a group of five techniques always given through a fabric of some kind

Empathy – the process which is essential to all therapeutic relationships

Relaxation – a state of calm

The combined elements of HEARTS are based on establishing and maintaining an empathic presence, with the overall purpose of promoting a state of relaxation or calm that can assist with resilience. A HEARTS treatment will always include Hands-on touch techniques, which are given through and over the soft textures of a chosen fabric; these can include dressing gowns, towels, blankets, bedcovers or duvets. Oils, creams or lubricants are not required. Patients do not need to remove any clothing, so affording privacy. The HEARTS Process can be delivered whilst the patient is seated, as well as lying supine; this positioning makes it a suitable approach for those who are breathless or have mobility concerns.

Sound can be offered through chosen background music or the use of the therapist’s own voice, the latter is often more readily available. The therapist encourages the patient to recall a pleasant memory, or a place of comfort, through using a framework of sensory language. This process creates a personal narrative which can be repeated to the patient using his/her own words to promote relaxation. The individual scenario can also be stimulated by using aromatic memories which are significant for the patient.

Additionally, HEARTS can easily be learned by carers following a practical short teaching session facilitated by a HEARTS practitioner. A recent survey, detailed below, has suggested that HEARTS is suitable for carers to bring comfort to loved ones at the end of life. Our respondents, who were experienced HEARTS practitioners reported that carers can also benefit from receiving HEARTS. It can be offered to both patient and carer at the bedside and feedback acknowledged that both individuals can benefit, although only one of them is receiving a treatment.

Some examples of the benefits of HEARTS:

A more detailed analysis of this survey is reported in my recently published book on HEARTS. These outcomes are supported by feedback contained in over written 100 case histories which describe therapist’s treatments, the outcomes and patient/carer evaluations. Again, in the book, some the case studies (anonymised) are used to illustrate the processes and benefits of HEARTS.

The HEARTS Process has been recognised as a therapeutic approach which can be offered in almost any situation and can also be integrated with conventional complementary therapy treatments.

‘Combining Touch and Relaxation Skills for Cancer Care: The HEARTS Process’ was published in June 2019 by Singing Dragon and is available through most online or high street book sellers.