CarePeople & Places What happens to your data when you die? - ehospice

What happens to your data when you die? 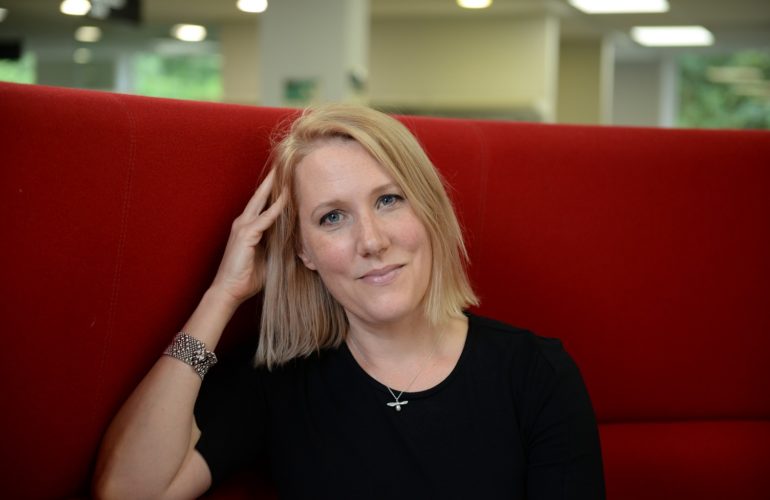 What happens to your online presence after you die? ehospice speaks to Elaine Kasket, psychologist and author of All the Ghosts in the Machine: Illusions of Immortality in the Digital Age, about the complex world of the digital afterlife.

One of the biggest news stories of 2018 was the Cambridge Analytica scandal, the milestone event that made the general public realise what Facebook was doing with their personal data.

It was also one of the things that spurred Elaine Kasket on to write All the Ghosts in the Machine. In fact she felt so strongly about the subject that she quit her day job as head of a doctoral program in counselling psychology to write it. “I thought this was really salient, because I was seeing how big tech companies own us when we’re alive and they’re continuing to call the shots when we’re dead” she says.

“I was so impassioned by it that I really wanted to write the book at the point when we’re all starting to question things. As a subject death is a really good lens for understanding everything that’s changing in terms of privacy and corporate control.”

So what happens to our digital accounts when we die? First of all, Elaine says we must understand that our digital identity is a lot more than Facebook and Instagram. “It’s also the private stuff like email, messenger, Whatsapps, stuff stored locally on your various devices, your search history, list of websites visited, SMS messages, the iCloud, Dropbox…there’s so much.”

However Spotify playlists, which can be as lovingly curated as physical record collections, cannot be passed on because you don’t own them. “What you’re paying for in your lifetime is a license to play them on the devices that are connected to your active Spotify or iTunes accounts. Most of these contracts dissolve upon death and they’re not transferable. It’s something a lot of people have a misunderstanding about, and a reason people don’t inform Amazon or Spotify that someone’s dead, because they want to preserve them.”

While these apps do have terms and conditions that are specific to when a user dies, it’s often not clear what information needs to be provided, or by who.

“I’ve talked to so many people who are trying to get access [to an account] or even just find out what they can do, and it ends up having a consequence they didn’t want” Elaine says. “People are really weary, and for good reason, because if you just call saying “my daughter has died, I need to get access to her account” they can say no, and will memorialise the account which is not what you asked for, meaning you will no longer get the birthday reminders you wanted.

In her book Elaine interviews a woman who has spent a year and a half unsuccessfully trying to close her father’s seller account on Amazon while orders are still coming through.

It also features the case of John Ellsworth, who had no recourse but to take Yahoo! to court to be able to gain access to his deceased son’s emails. Yahoo!’s terms of service state that accounts are non-transferable to prevent impersonation, so he lost the initial case. He won his appeal, but instead of simply allowing him access to his son’s emails the court ordered Yahoo! to download all the contents of the account for him, yielding three boxes filled with 10,000 documents.

“One person I talked to didn’t even want to tell me what provider her brother had his email account with, because she was afraid that if it was published it would be shut down” Elaine says. “Because she used the same provider she was worried she’d get in trouble and her email would be shut down too. This shows the kind of fear and mistrust people have because they don’t know what will happen.”

Ultimately she says the tech giants hold too much power, in particular GAFA, aka Google, Apple, Facebook, and Amazon, “the four corporations that constitute the internet”.

“Traditionally in the UK and the US we’ve had a lot of freedom, but now part of me wonders whether we have given over control to big tech and whatever attempts we have to seize it back are slightly doomed until the law steps up and helps us” she says.

“The US has the power to break up Facebook under existing anti-trust laws, and it should have prevented them from buying WhatsApp and Instagram. The problem with the US is that the lobbying system is so powerful, and the big tech corporations who have the deepest pockets imaginable have a huge amount of power. Around 70 per cent of all commerce on the internet goes through Amazon. If nationally and internationally we moved to break it up, we could pair that with stronger data protection laws that encompass regulation for dealing with the data of entities that are no longer here.”

For now, she says it’s all about workarounds. “It’s keeping updated lists of your passwords so that family or friends can impersonate you long enough to see that your wishes are carried out.”

“Everything now is just an interim measure and that’s scary. But some people really want to leave behind a digital legacy, people who are in palliative care for instance, like Lucy Watts.”

A tireless campaigner for young people with complex health needs and disabilities, in the book Lucy talks about how she’d like to be remembered. “She wants to continue to have a positive influence in the world” Elaine says, “and has really elaborate instructions for her mum on how to keep all those things going, and for her mum to give to other people to keep all that going.”

Another recent phenomenon from the digital age is artificial intelligence that can imitate the speech of someone after they’ve died, as well as apps that send messages on their behalf. These may sound eerie, but for some can be of benefit. “Grief is incredibly idiosyncratic” Elaine says. “Each bereavement is as unique as the relationship that was forged in life, and that means everybody is going to have their own needs. What’s comforting to one person might be horrifying to another, and what is comforting to a person at one point might not be at another point, but might return to be later. Even within the trajectory of a person’s bereavement things can change, and the meaning of a particular digital artefact may change over time.”

“You can’t assume or legislate what a person’s needs in a bereavement are going to be and how they are going to change.”

Despite the increasing popularity of digital storage, along with the Marie Kondo effect, Elaine doesn’t believe physical belongings will lose their importance. “There are certain physical possessions in my house that I tell my daughter stories about to do with particular relatives, so there is that oral storytelling that passes down through the generations. Those objects and traditions still exist.”

“People digitise photo albums and pass material stuff into digital formats thinking it will be more shareable, which it is, and more permanent, which it isn’t. In fact you’re probably translating it into a less stable format because hardware and software will change and can render what you’re digitising unreadable and inaccessible in five or 10 years’ time. But you will still have a photo album.”

All the Ghosts in the Machine: Illusions of Immortality in the Digital Age is out now published by Robinson.