CarePeople & Places “Where are you Lydie?” – a picture book for young bereaved siblings - ehospice

“Where are you Lydie?” – a picture book for young bereaved siblings 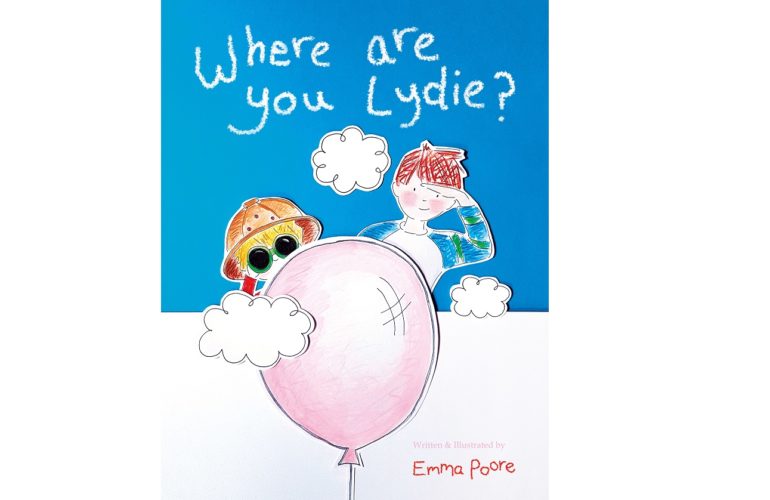 Emma Poore is a children’s author and illustrator with a background in theatre and events. Honouring her daughter Lydie and her family’s bereavement journey through the eyes of her young sons, George and Henry, Emma’s first picture book “Where are you Lydie?” is aimed at young bereaved siblings affected by the death of a baby brother or sister. Here Emma tells ehospice what led her to write her book.

Ten years ago our baby daughter Lydie died. Ten years might seem like a long time to some, but I still remember everything as if it was yesterday. When your child dies your world changes forever. Your life, your dreams, the way you think, the way you and your family lives is never the same again and grief becomes your shadow. As Lydie’s parents our grief was raw and all-consuming but we also had our three year old son, George, at home and he was grieving too.

At such a young age George didn’t know what death meant and he asked lots of questions. We wanted to “soften” death for him, to spare him the pain if we could. We said Lydie had “gone to sleep” but then George wouldn’t go to sleep. We said she was “ill”, then if George was unwell he’d worry he was going to die. George worried that we were going to die. He asked if he could take toys to Lydie, go in a rocket to see her, and he drew her lots of pictures. He asked if she was alone and cold, when she would be coming back.

We looked for something to help him but we found nothing. There were no suitable picture books about death for young children, certainly none about the death of a baby. We tried a few that vaguely touched on death, they didn’t help. We felt lost and alone.

It was through Sands’ bereavement helpline that we found support. I learnt about the cognitive development of children under five, their inability to understand or be aware of the finality of death or what the term “dead” means, that life functions stop when someone dies. I learnt why George was very upset one minute and then would go out to play and seem fine the next.

We tend to not want to talk about death unless we have to, certainly not to our young children, sometimes not even to each other as adults. Death is part of life and tragically thousands of families and siblings every year are having to manage the death of a child. It’s not a “niche subject” which sadly has been suggested to me in the past. It was extremely hard for us as grieving parents but we learned we had a much better chance of moving forward in our grief as a family in a healthy way if we talked about it, together.

The days and years since Lydie’s death have been filled with deep sadness along with great beauty. We welcomed Henry, a brother to George and Lydie; life continued, as it must, and we moved forward together in our grief journey as a family.

When George was about six he asked if we could send Lydie a piece of cake on her birthday and if a balloon would take it to her. I reflected on those first conversations we had and continued to have as a family after Lydie’s death, and the need for a picture book to help grieving siblings. This was the first image I drew for the book several years later.

A very good friend once said to me that loss would always be part of our family tapestry, and I feel far more accepting about that now compared to how I felt back then. It’s never going to go away, the loss, but you can find a way to live with it, to grow from it.

It is my sincere hope and wish that “Where are you Lydie?” might help families in finding hope in their grief journey together following the death of a child.