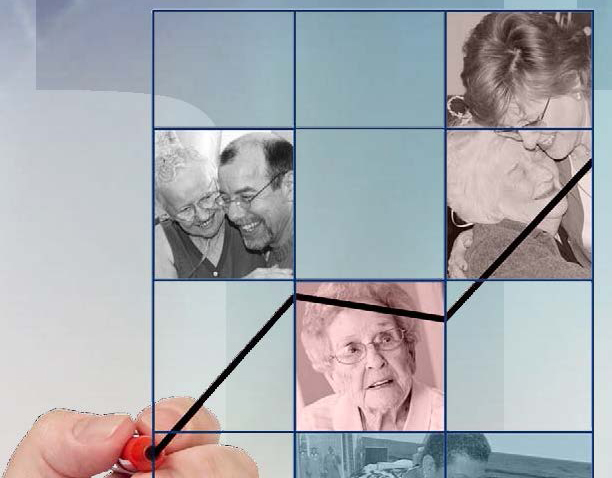 By 2008, our palliative care providers—11 physicians, nurse practitioners and physician assistants—were serving over 2,600 new patients and making 12,000-plus palliative care visits annually, with losses from the program exceeding $400,000. We needed to put a tourniquet on the hemorrhage!

Four Seasons is not alone in this predicament. Palliative care organizations around the country struggle to stay afloat. Many run at consistent loss, and depend upon philanthropy to sustain them. Others simply close their doors.

Despite the Losses, a Critical Need

Few outpatient palliative care programs exist in the United States today. Even rarer are palliative care “bridge” programs that follow patients as they transition from one setting to another (e.g., from hospital to community clinic, assisted living facility, nursing home, or private home). So discontinuities in care often result. For example, in the Palliative Care Quality Network in California, only 20 percent of providers report that patients are followed by outpatient palliative care services.[ii] All too often, palliative care inpatients, once discharged, fall into a gap in which no one coordinates or manages their continued care.

Bridge programs and outpatient palliative care programs can help close this gap, but several daunting obstacles impede their expansion. Some of these include fragmentation of care resulting from sub-specialization; insufficient reimbursement for palliative care services; and scarcity of palliative care providers. Concerns about sustainability, arguably, stand as the most significant—and modifiable—obstacle currently inhibiting the growth of such programs. Can we make community-based palliative care sustainable?

Thorough Scrutiny of the Present: Our 11 Strategies

The process of developing and testing a set of strategies for sustainability unfolded over 18 months, under the guidance of a task force of Four Seasons providers and stakeholders.

The task force first analyzed organizational issues holistically, considering a constellation of relevant factors rather than just financial ones. This process resulted in agreement on five focus areas: Quality; People; Compliance; Growth, and Finance. Within each focus area, the task force identified specific issues that compromised the program’s sustainability, and then articulated an actionable strategy to respond to each:

Optimism Through the Lens of Realism

While we have succeeded in reducing the financial burden of our palliative care program by following the approach and implementing the 11 strategies described here, the program still—and expectedly—operates at a loss. For the foreseeable future, it will require a variety of fiscal sustainability measures including support from our hospice and the community as well as the transfer of funds from Four Seasons’ Research Department and Center of Excellence. Still, these strategies have been successful in minimizing our losses—and may help your organization in building a sustainable business model for your palliative care program.

Janet Bull is the medical director and chief medical officer for Four Seasons, based in Flat Rock, NC, where she has worked since 2000. She was instrumental in starting the organization’s Palliative Care Program as well as founding its Clinical Research department in an effort to bring meaningful studies to help lessen patient suffering. She is a Fellow of the Academy of Hospice and Palliative Medicine and a member of the AAHPM Research Committee as well as an associate editor of PC-FACS. Dr. Bull is also a recipient of the 2012 Hastings Center Cunniff Dixon Award.