Community support at its best 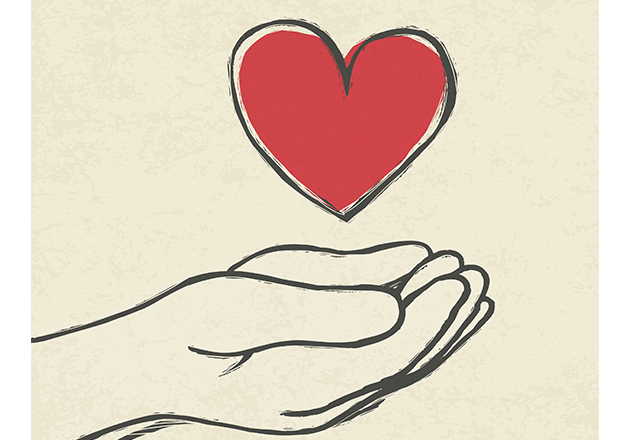 Robbie was five when first diagnosed with leukemia. The treatment was intense but successful and Robbie’s cancer was in remission. The family exhaled a big sigh of relief. For the next few years, Robbie was able to resume all of his activities. He had a wonderful passion for life.

When Robbie turned 10, the symptoms again appeared. Unfortunately, this time the disease did not respond to treatment. Robbie’s health began to deteriorate rather quickly. The oncologists informed his parents that the situation was bleak and further treatments would not be beneficial. The news was devastating. Sadly, Robbie’s father was unable to cope and withdrew emotional and physical support. Robbie’s mother and younger sister were left to care for Robbie.

Robbie was referred to hospice care where he lived in New York. The volunteer request – this is where I came in — was simply to provide respite to Robbie’s mother so that she could run errands and also spend some time with Robbie’s sister. I would go in the evenings for several hours to be with Robbie. We played games, watched television – he enjoyed cartoons, especially the Roadrunner episodes. He would laugh uproariously when Wile E. Coyote’s schemes failed.

The Make a Wish Foundation provided a wonderful trip for the family to Disney World.

On the family’s return I resumed my visits. I asked Robbie if there was anything else he would like to do. After some thought he shared that he would love to ride in a fire truck. I felt sure this could be arranged. With Robbie’s mother’s consent, I contacted the local volunteer fire department. The fire chief listened to my request and responded, “We’ll do it – just leave it to me.”

It turned out to be a spectacular event. The fire chief arranged for a parade through town. Surrounding fire departments joined, and a police escort was deployed. The fire department advertised the event throughout the community and on the day of the parade, Robbie was installed as “honorary fire chief”! As the flotilla of fire trucks, police cars and motorcycles came down Main Street with lights flashing and sirens wailing, families from all over the area were standing and cheering along the route. They held up signs, We Love You Robbie, All the Best and Robbie, We’re Praying for You. Robbie, sitting in the front seat of a fire truck, in full firefighter regalia, was beaming. They had shown him how to operate the siren and he let it rip.

That evening an exhausted young man said to me. “That was just the best day. Thank you so much.” I told him that I would pass on his thanks to the fire chief.

This was definitely community support at its best.

Robbie died soon after the parade. He was a young man of incredible courage, and left a huge void in the hearts of all who knew and loved him.

Author Steve Botha is a volunteer with Transitions LifeCare (formerly known as Hospice of Wake County) and is one of the contributors to the organization’s online blog.