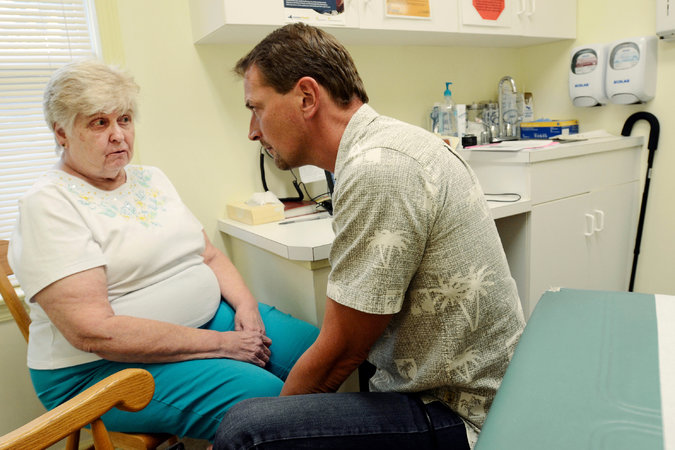 The article begins: “Five years after it exploded into a political conflagration over ‘death panels,’ the issue of paying doctors to talk to patients about end-of-life care is making a comeback, and such sessions may be covered for the 50 million Americans on Medicare as early as next year.”

Hospice and palliative care providers have long supported greater access to information about advance care planning and have been leading advocates for increased awareness of end-of-life discussions among consumers and healthcare providers.

A range of materials on planning ahead are available on NHPCO’s Caring Connections website – including state-specific advance directives that maybe be downloaded free of charge.

CAPTION: Dr. Joseph Hinterberger discussed end-of-life care with Mary Ann Zebrowski. If reimbursed, “I’d do one of these a day,” he said. Credit Heather Ainsworth for The New York Times