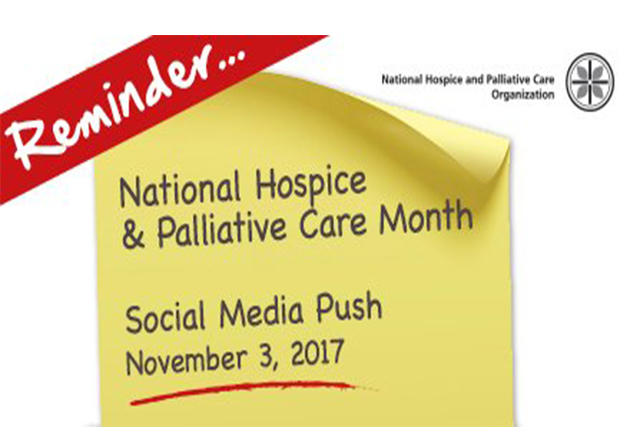 Is there a specific theme?
The general theme is “Hospice Awareness” which should allow for a good deal of creativity to help increase the presence of hospice and palliative care during November’s National Hospice and Palliative Care Month. Additional messaging for National Hospice and Palliative Month coming from NHPCO and the hospice community will be “It’s about how you live.” So that might provide additional inspiration for posts you might wish to make.

How does one designate a post as part of a specific Social Media Push?
Use the hashtags #HospiceMonth, #HospiceAwareness and/or #hpm within the text of your social media post. NHPCO staff – as well as hospice and palliative care social media fans – will search for those hashtags on November 3 and throughout the month.

Why is a Social Media Push done on one specific day?
A social media push is done on the same day so that key messages are seen by as many people as possible – the more people who see the content, the better. This is how social media content can become “viral”.

Who can participate in the social media push?
Anybody can participate. This includes hospice and palliative care providers, professionals, volunteers or any member of the general public.

Read NHPCO’s press release marking the start of National Hospice and Palliative Care Month and the Proclamation released for November.