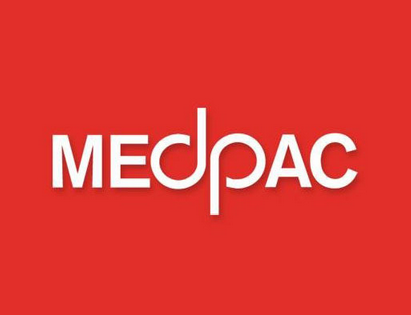 WASHINGTON, DC (May 21, 2020) – Gene L. Dodaro, Comptroller General of the United States and head of the U.S. Government Accountability Office (GAO), today announced the appointment of three new members to the Medicare Payment Advisory Commission (MedPAC), as well as the reappointment of two current members.

“MedPAC has proven to be an invaluable resource on Medicare issues, providing Congress with key insights and advice,” Dodaro said. “We had a number of highly-skilled applicants who were nominated this year, and it gives me great pleasure to announce this latest round of appointments.”

The newly appointed chair is Michael Chernew, PhD, Leonard D. Schaeffer Professor of Health Care Policy, Department of Health Care Policy at Harvard Medical School in Boston, MA.  The other newly appointed members are Betty Rambur, PhD, RN, FAAN, Routhier Endowed Chair for Practice and Professor of Nursing, College of Nursing at the University of Rhode Island in Kingston, RI; and Wayne J. Riley, MD, President and Professor of Internal Medicine and Health Policy and Management at the State University of New York Downstate Health Sciences University in Brooklyn, NY. Their terms will expire in April 2023.

The reappointed members, whose terms will also expire in April 2023, are David Grabowski, PhD, Professor, Department of Health Care Policy at Harvard Medical School in Boston, MA; and Dana Gelb Safran, ScD, Head of Measurement at Haven and Assistant Professor, Department of Medicine at Tufts University in Boston, MA. Those whose terms are expiring now are Chairman Francis J. Crosson, MD, and members Kathy Buto and Warner Thomas.

Congress established MedPAC in 1997 to analyze access to care, cost and quality of care, and other key issues affecting Medicare. MedPAC advises Congress on payments to providers in Medicare’s traditional fee-for-service programs and to health plans participating in the Medicare Advantage program. The Comptroller General is responsible for naming new commission members.

Michael Chernew, PhD, is the Leonard D. Schaeffer Professor of Health Care Policy in the Department of Health Care Policy at Harvard Medical School in Boston, MA. In that role, he has conducted research on various topics, including Medicare Advantage and alternative payment models. Dr. Chernew is a member of the National Bureau of Economic Research, the National Academy of Sciences, and the National Academy of Social Insurance.  He served on MedPAC from 2008 to 2014, and for the final two of those years, served as Vice Chair. Dr. Chernew received his PhD in Economics from Stanford University.

Betty Rambur, PhD, RN, FAAN, is the Routhier Endowed Chair for Practice and Professor of Nursing in the College of Nursing at the University of Rhode Island in Kingston, RI, where she has conducted research on such topics as alternative payment models, telehealth nursing, and Big Data. Prior to joining the University of Rhode Island, Dr. Rambur served on the Green Mountain Care Board—a five member regulatory, innovation, and evaluation board  that has broad responsibility for cost-containment and oversight of Vermont’s transition to post fee-for-service provider reimbursement. Dr. Rambur was also Chairperson for the North Dakota Health Task Force, a statewide healthcare financing reform initiative. Dr. Rambur received her PhD in nursing from Rush University.

Wayne J. Riley, MD, is President and Professor of Internal Medicine and Health Policy and Management at the State University of New York Downstate Health Sciences University in Brooklyn, NY.  Dr. Riley oversees the University Hospital of Brooklyn, the College of Medicine, the School of Graduate Studies, the College of Nursing, the School of Health Professions, and the School of Public Health, as well as University Physicians at Brooklyn. Prior to joining the State University of New York Downstate Health Sciences University in 2017, Dr. Riley held numerous positions, including as CEO of Meharry Medical College in Nashville, TN and as a general internist at Ben Taub General Hospital in Houston, TX. He is a member of the National Academy of Medicine. Dr. Riley received his MD from Morehouse School of Medicine in Atlanta, GA and did his internship and residency in internal medicine at Baylor College of Medicine in Houston, TX.

The Government Accountability Office, known as the investigative arm of Congress, is an independent, nonpartisan agency that exists to support Congress in meeting its constitutional responsibilities. GAO also works to improve the performance of the federal government and ensure its accountability to the American people. The agency examines the use of public funds; evaluates federal programs and policies; and provides analyses, recommendations, and other assistance to help Congress make informed oversight, policy, and funding decisions. GAO provides Congress with timely information that is objective, fact-based, nonideological, fair, and balanced. GAO’s commitment to good government is reflected in its core values of accountability, integrity, and reliability.