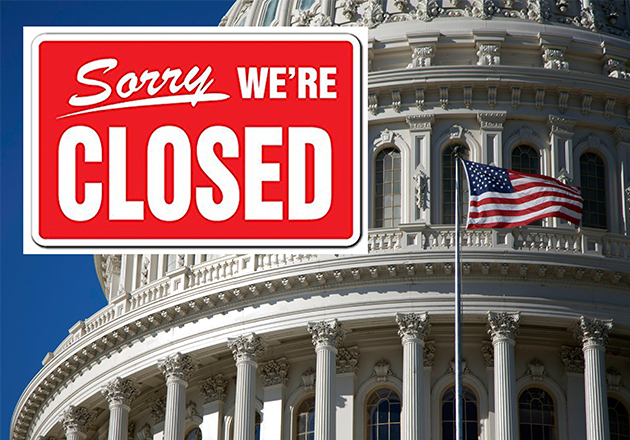 What Does the Government Shutdown Mean for Hospice & Palliative Care?

Since December 22, 2018, the Federal Government has been operating under a partial shutdown, making this the longest government shutdown in the history of the United States.  The shutdown occurred when Congress and President Trump were unable to agree on an appropriations bill for fiscal year 2019 or a temporary continuing resolution. The shutdown stems from a political battle between President Trump and Members of Congress over the funding of a proposed border wall with Mexico. As a result, approximately 800,000 federal employees have been furloughed, are on unpaid leave, or are working without pay.

Specifically, the government shutdown continues to affect a total of 9 federal agencies, including:

Fortunately for the hospice and palliative care community, this shutdown does NOT affect Medicare, Medicaid, and the Health Insurance Marketplace (aka Obamacare).

In fact, among the enacted Fiscal Year 2019 legislation is H.R 6157 – Department of Defense and Labor, Health and Human Services, and Education Appropriations Act, 2019 and Continuing Appropriations Act, 2019 (Minibus #2). This bill includes a total of 90.5 billion dollars in allocated funds for the Department of Health and Human Services, which is 2.3 billion dollars above last year’s enacted level. Funding for CMS is covered until September 30, 2019.

Here are some useful links for those looking to learn more about the Federal Government shutdown:

• How Is The Shutdown Affecting America? Let Us Count The Ways
• Federal judge sides with Trump, allowing workers to go unpaid during shutdown
• Trump Rejects 3-Week Pause in Government Shutdown