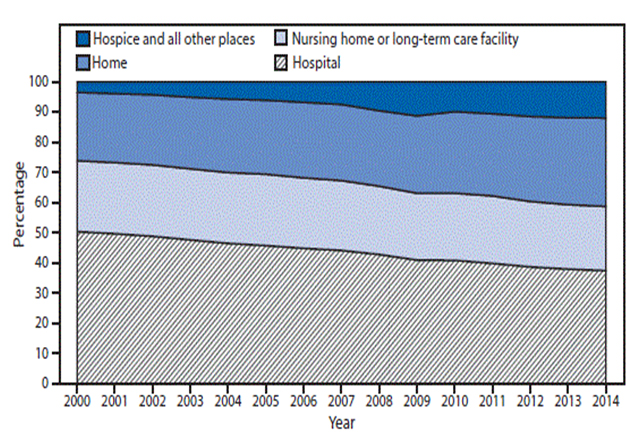 In an online article posted September 23, Alex Berezow shares some reflections prompted by increased access of hospice care over time.

As Berezow shares, “As shown, from 2000 to 2014, deaths in hospitals fell from roughly 50% to 37%, while deaths in hospices (and all other places — whatever that means) increased from 3.5% to 12%. To me, this indicates a positive trend. Instead of fighting tooth and nail to implement every possible medical intervention to lengthen our lives by a few miserable days or weeks, more people are accepting the inevitable and declining futile last-ditch efforts.”

It should be noted that hospice care in the U.S. is primarily delivered in the patient’s place of residence and that hospice is not necessarily a place to go for care.