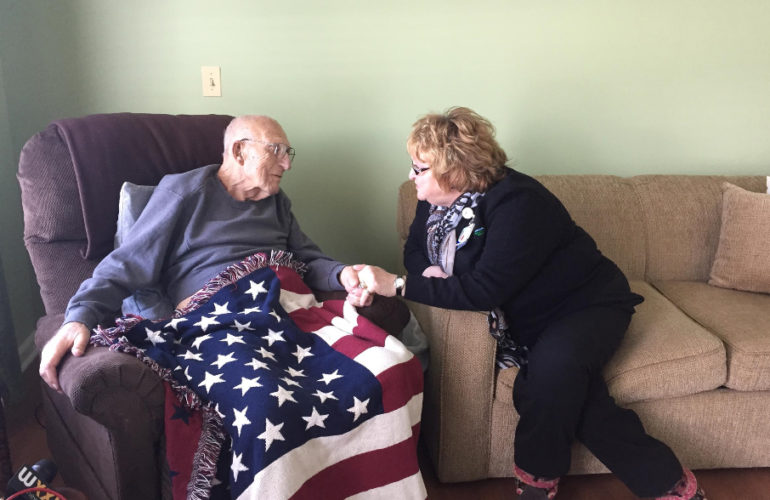 Less than 1% of Americans serve in today’s military. However, in earlier generations, millions of Americans were drafted for volunteered or World War II and the conflicts in Korea and Vietnam. Nine million served in Vietnam alone. Reporter Michelle Faust brings us the story of what happens to these men and women as they age in our society and need end of life care.

Faust writes in her article, “Gaetano is one of more than 9 million American military veterans over the age of 65, according to 2013 census bureau figures.  With an aging population that includes vets from Vietnam, Korea, and World War II, there are 1,800 veteran deaths each day. One program strived to meet their increased need for end-of-life care.”

A video interview is available as well:

The important work of the We Honor Veterans initiative is shared as well.