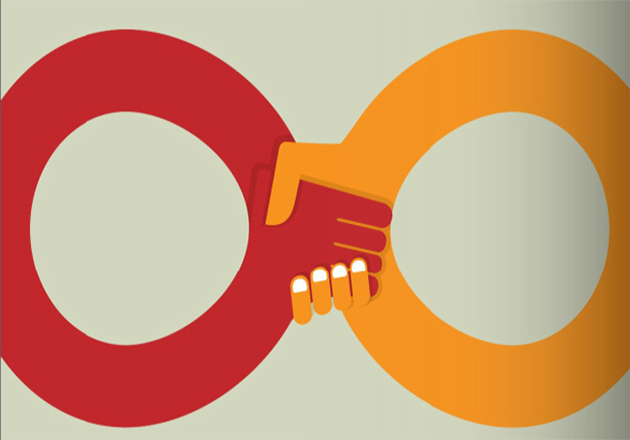 According to a consumer survey in 2012, about 75 percent of respondents felt that a funeral was extremely important, especially to the grieving and healing process.* (*NewsLine, July 2013)

This points to the value of improving communication — and increasing collaboration — between hospice professionals and their local funeral service providers, the very goal of NHPCO’s own collaboration with the International Cemetery, Cremation and Funeral Association (ICCFA) and the National Funeral Directors Association (NFDA).

Fortunately, recent surveys of both the NHPCO and ICCFA memberships indicate that, overall, both hospice staff and funeral service staff work pretty well together now — and are interested in working together more often to support families at a very critical time.

The ICCFA survey was conducted earlier this year, with the majority of respondents representing funeral homes (83.1%), and substantially fewer representing cemeteries (15.2%) and crematoriums (1.7%).

More Than Half Now Work With Local Hospices

Approximately 57.9 percent of the ICCFA respondents now partner with local hospices to provide educational activities for their communities, while 64 percent provide hospice staff and volunteers with tours of their facility and information about their services.

Do You Conduct Property Tours for Hospice Staff and Volunteers?
64% Yes
36% No

Approximately 84.3 percent of ICCFA respondents would like to jointly offer education or activities for members of the community.

Are You Interested in Future Community Education Partnerships?
84.3% Yes
15.7% No

What’s more, 62.9 percent would be interested in serving on a hospice’s board of directors while 68 percent are willing to offer continuing education programs for hospice nurses.

The NHPCO survey was conducted in the Fall of 2013. Respondents represented 466 hospices, with 10 percent identified as urban, 38 percent as rural, and 52 percent as a mix of urban/rural. The majority of these hospices (80%) had an average daily census of 25 to 200 patients.

Similar to the feedback from ICCFA respondents, 60 percent of NHPCO respondents said they have partnered with funeral service provider(s) in the last three years. What’s more, 84 percent indicated they have done so at least once per year, while 22 percent noted partnering on five or more occasions.

In terms of the types of activities, several were noted:

Many Provide Support in Other Ways

NHPCO respondents also noted other ways in which local funeral service providers have worked directly with their programs and staff. For example:

It’s important to also note that 94 percent of NHPCO respondents said they have never advised a patient/family for or against the use of specific funeral service providers. Remaining impartial while working collaboratively to serve the patient and family is paramount.

Barbara Bouton, NHPCO’s vice president of professional development, shared findings from the NHPCO survey during a presentation at the 2013 ICCFA Management Conference, providing concrete feedback from NHPCO members on how funeral service providers can better support hospice families and improve their working relationships with hospices.

Collaborating With Your Local Providers

As you consider community outreach during National Hospice Palliative Care Month as well as during the holiday season, consider your local funeral service providers as possible partners.

For inspiration, consider these examples: