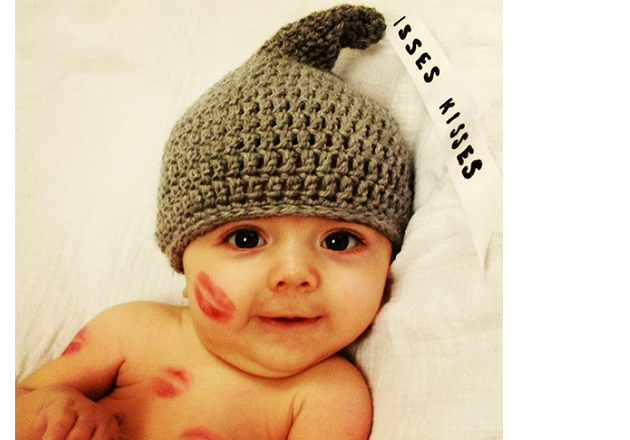 Jenna and Paul Clapp of North Reading, Massachusetts, were high school sweethearts who had long talked about their desire to marry and start a family when they were young.  At 26, their dreams came true, and on September 14, 2013, their son Jordan was born with a full head of hair, big brown eyes and seemingly perfect in every way.

At his one-month checkup, his pediatrician noticed that he had hypotonia (low muscle tone) and suggested some exercises they could do to help strengthen his muscles. “This was our first baby, so we had no idea that anything was wrong,” said Jenna.  At the two-month checkup, he showed small signs of improvement, but the doctor was still concerned and referred them to a neurologist at Tufts Floating Hospital for Children. The specialist diagnosed Jordan with Spinal Muscular Atrophy  Type 1 (SMA), a genetic disease that causes wasting of all of the body’s muscles and functions, including breathing and swallowing, like ALS.  It is the leading genetic cause of infant death.

Reeling from the news that their baby only had months to live, Jenna and Paul vowed to make his life as comfortable and joyful as it could be. “Since there is no cure and he was never going to get better, we wanted him home with us,” said Paul. “He wasn’t going back to the hospital, so we chose Care Dimensions to provide hospice services to help us care for him at home.”

From the start the Care Dimensions pediatric team, led by Tamara Vesel, M.D., a nationally recognized pediatrician specializing in palliative care, helped Jenna and Paul talk through their goals for Jordan’s care. “His comfort was paramount over our feelings of wanting to keep him here and alive with us. We didn’t want to do anything that would cause more suffering,” said Jenna. “We wanted to be clear and grounded in our decisions, so there would be no guilt or regrets later.”

“Whenever he had a medical crisis or we had to make a decision about more medical intervention like putting in a feeding tube, Dr. Vesel would walk us through it, discuss both options and then let us decide,” explained Jenna. “Having the team’s support is a big reason why we were able to stay true to our original plan.”

Jenna and Paul were determined to make Jordan’s life as normal as possible, so they took him for walks, played with him in the snow, had pictures taken with Santa, and celebrated the holidays with family. “We did the best we could and gave him the most fulfilling like he could have with the help of our hospice team,” said Paul. “That time was so precious. He came and went so quickly, it seems like the greatest dream,” added Jenna.

In February, when he was five months old, Jordan developed an ear infection and Dr. Vesel warned than the infection could be too much for his little body to fight off even with antibiotics and morphine to control his pain. After a week, his lungs were failing, but his brain and heart kept fighting. “Dr. Vesel and our nurse Lisa Carey were with us on his last day, explaining what was happening and what to expect next. In the end, he had a very peaceful death, free from pain and in our arms,” said Paul.

“Death is not the enemy, suffering is,” stated Jenna. “That explains it all. We didn’t want him to suffer. Hospice enables comfort and being able to live life to the fullest to the end. It’s not about just throwing in the towel and letting things happen. It’s about keeping the integrity of life – that’s what hospice is.”

This article was submitted by Jean Graham of Care Dimensions and originally posted on the blog section of the Moments of Life: Made Possible by Hospice website. Read more blogs like these!