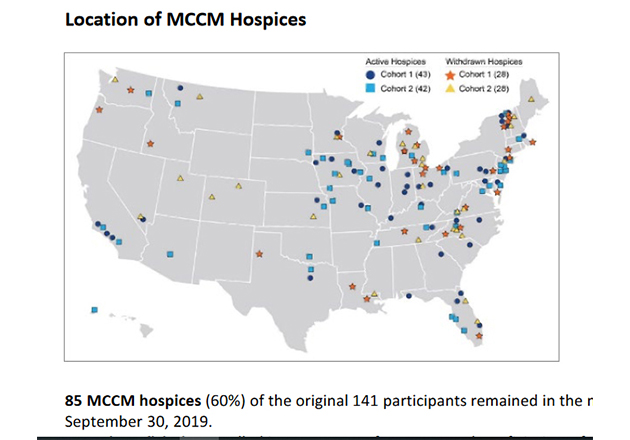 MCCM enrollment remained concentrated in a small number of hospices: 9 hospices enrolled 54% of all MCCM beneficiaries. Top enrolling MCCM hospices were more likely to be located in urban areas and to enroll somewhat fewer minorities, but other characteristics, including size, were not significantly different across MCCM hospices.