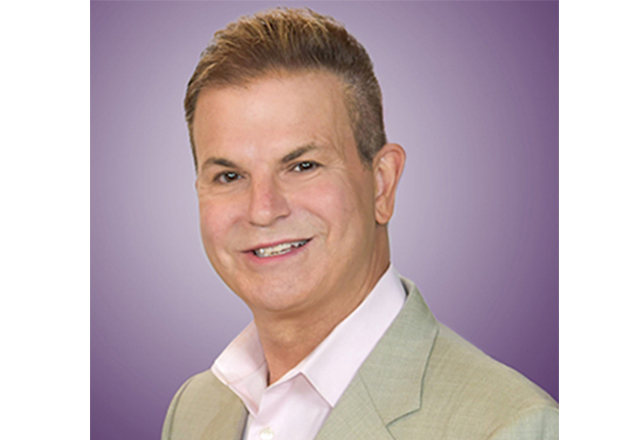 ]In recognition of a lasting legacy of leadership and innovation in the field of hospice and palliative care, the National Hospice and Palliative Care Organization (NHPCO) today honors Rafael J. Sciullo with the Galen Miller Leadership Award. The award will be presented this evening at the Annual Gala of NHPCO’s charitable affiliate, the National Hospice Foundation, which is being held in conjunction with NHPCO’s 2022 Leadership and Advocacy Conference at the Gaylord National Resort and Convention Center.

Sciullo is a longstanding leader in the hospice community. He currently serves as CEO of Empath Health, a role he assumed in early 2021 with the finalization of the merger of Empath Health and Stratum Health System. He joined Suncoast Hospice, a member of Empath Health, in 2013, as president and CEO. In 2014, he launched Empath Health, an integrated network of care. In the time since he became the organization’s leader, Sciullo has expanded its home health program, overseen the expansion of its HIV/STI and senior care services, and developed new partnerships with other health care and community organizations. Prior to his tenure at Empath Health in Florida, Sciullo was president and CEO of Family Hospice in Pittsburgh, Pennsylvania.

“There is no more important job humans can do for one another than caring for patients at the end of life,” Sciullo says.

Throughout his career, Sciullo has emphasized patient and family care. He believes in staying close to patients and families to know firsthand what’s important to them and understand their needs. He stresses the significance of focus on patients and families with his staff and with the broader hospice community.

He is widely seen as a leader within the hospice community. Sciullo has served as both a Board Member and Board Chair of NHPCO and currently serves as a Board Member for NHPCO’s advocacy affiliate, the Hospice Action Network (HAN). Additionally, Sciullo received NHPCO’s Founder Award in 2004.

“For many years, professionals throughout our field have learned from Rafael Sciullo with regards to organizational excellence, quality of care, the value of the interdisciplinary team in providing person-centered care, and the importance of our community speaking with one voice on legislative and policy issues that affect patient care,” said NHPCO President and CEO Edo Banach. “His insight and expertise are unparalleled and his willingness to share with others for the benefit of all have made a tremendous contribution to the provider community. Not only is he recognized for his attention to detail and fiscal responsibility, but he has always put people at the center of care and been a passionate advocate for the patient and family.”

The Galen Miller Leadership Award was created in 2014 to honor the memory of Dr. Galen Miller, who served as NHPCO Executive Vice President for 12 years and previously served seven years as Vice President and Director of Professional Development, Research, and External Relations. This award recognizes a champion and advocate from the field who has demonstrated the highest levels of dedication and passion for the hospice and palliative care community and the patients and families that receive care. While some NHPCO awards are presented annually, the Galen Miller Leadership Award is presented on a select basis in recognition of a lasting legacy of leadership and innovation in the field of hospice and palliative care. Rafael Sciullo will be the sixth Galen Miller honoree in the nine years since the creation of the award.